Why You Should Take a Vacation 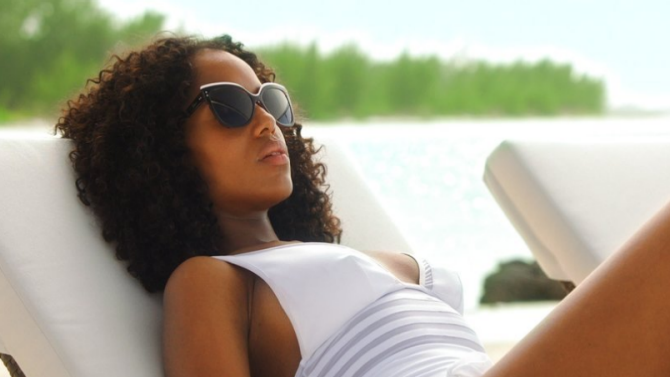 Have you ever felt like you just needed to get away? It’s not that you don’t love being a wife, mother, or having a career, but sometimes you have those days: the workload becomes unbearable, you’re stressing out as you try to do everything and be everywhere at once, and you feel drained. It’s okay, we’ve all been there. As women, we’re natural nurturers who work hard to take care of everyone else, except ourselves. It’s time we learn a lesson from one of the most hardworking, well known women of fictional television: Olivia Pope.

For those of you who aren’t familiar with the political drama television show, Scandal, Olivia Pope is a very successful and dependable businesswoman. As a lawyer, former White House aide, and crisis manager, Pope is known as the “fixer”âˆ’ she works diligently to fix everyone’s problems, crises, and reputations without hesitation. The irony in her profession (which many of us can relate to) is that she didn’t know how to take a break. Viewers can name countless episodes of Pope’s attempts of resting at home, which always turned into her contemplating on life’s worries with a glass of wine, or answering her phone of a crisis and immediately returning back to work. Pope soon realized that her life was spinning out of control and, on last season’s finale, she decided to leave town without a word. On this season’s premiere, Pope returned, refreshed and mentally stronger, reclaiming her identity and role. Now ladies, of course I’m not condoning disappearing off the face of the earth. What I am saying, however, is that sometimes we need to just take a break.

A vacation can benefit your health in a variety of ways: relieving stress, enabling time to rest, and most importantly, it’s a wonderful way to reconnect with your family and social life. Once relaxed and refreshed, you, like Olivia Pope, can return stronger and focused like never before.