When to Break Up…with Your Favorite TV Show 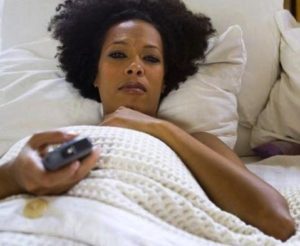 If you’re anything like the millions of people with a television, an internet connection, or a smartphone that can stream video, chances are you have a favorite TV show. It would be hard not to since watching a plethora of good television content has become an international pastime. Television is sleek, and some shows operate more like blockbusters. Television is also slowly becoming more progressive, more diverse, and thus, more addicting to the general population. Additionally, the presence of social media sites like Twitter, Tumblr, Facebook, and YouTube have provided TV viewers with a global platform to come together and react to every punchline, mystery, and romantic subplot. However, not all TV is created equal, and some viewers, because of community or obligation, are continuing to watch shows that don’t deserve their support. How can you know when it’s time for you to hang up your remote and call it quits? Here are four clear reasons.

#1: Your Favorite Show is Lazy

Okay, I understand that for the most part, you’re watching television to relax. You’re watching TV to kick up your feet and chill with an oversized glass of wine Ã  la Olivia Pope or an arm-full of Eggos like Eleven. And to some degree, I agree, TV shows don’t have to take societal or political norms to task. They don’t have to force their viewers to question their existence in the universe, and they don’t have to involve complex or complicated plots. However, your favorite TV show shouldn’t rely on outdated stereotypes and clichÃ© plotlines in order to entertain you. Take for example, the CW’s The Flash. Last season, the show about superhero Barry Allen featured an offensive stereotype about black women when it introduced Iris West’s (the show’s female lead) mother. From the beginning of the show, Francine West was presumed dead by Iris, however, the show revealed her to be a drug addict who ran away from home. Fans were especially incensed when they discovered that the show gave Francine an incurable disease, and reduced her to a vehicle to introduce Iris’ brother, Wally West, into the show. The problem with lazy writing is that it will always choose the easiest way to make things happen. When fans learned about Francine’s appearance they were excited, believing her faked death meant something spectacular was coming. What they got instead was a rushed storyline with no real impact on the show as a whole.

#2: Your Favorite Show has Too Much Drama

Much like most of the United States, I’m all for nail-biting, edge-of-your-seat, you-don’t-want-to-miss-the-last-nine-seconds drama. Being utterly confused by a mystery or squeamish during a crime drama is part of what makes watching TV fun. The problem, however, is with drama for drama’s sake. You’ve probably seen what drama for drama’s sake looks like. It’s the never-ending threats to your favorite couple’s relationship. It’s the scandals that appear out of thin air. It’s the unnecessary hyper violence that takes you out of the show’s world with its cruelty. Drama in television, like drama with people, is best when it has a purpose. Too much purposeless drama, as many The Walking Dead fans have discovered, just leads eventual fatigue and burnout.

#3: Your Favorite Show has Lied to You

Having expectations is not the same as prejudging. Prejudging someone or something is usually looked down upon. â€˜How can you form an opinion if you haven’t had the experience?’ is a question that people who prejudge get. The difference between setting expectations and prejudging is that expectations are based on what we already know. Television shows set expectations through press releases, interviews, previews and interaction with fans on social media. Through all of that communication, a television show’s team will promise a lot of things to secure your view. If a TV show’s production team has promised you something that they don’t deliver on, it’s a safe bet that their promises were just lip service. Television has made so much progress precisely because they’ve given viewers what movies were lacking (diversity in characters and stories, for starters). It’s important to reward good TV shows over deceptive ones.

#4: Your Favorite Show has Made You Unhappy

Inevitably, if your favorite show has any of the qualities listed above, it’s bound to make you unhappy as a viewer. Sometimes viewers march on, reveling in their on-going disdain of a show they once loved. This manifests in a couple of ways, but most obvious is hate-watching. Hate-watching is phenomenon where viewers know that they no longer enjoy a show, but watch for the sole purpose of hating it. If you’re an aspiring TV reporter or critic, perhaps hate-watching is an unavoidable task. But for the rest of us, it’s not much more than a waste of time. Maybe the show had potential, and maybe it’s hard to ignore the entertainment it has provided in the past. But if watching that show now is a chore, or if every episode leaves a sour taste in your mouth, it’s time to move on.

Watching television has become more than a passive way to kill time. TV characters are a part of our daily lives. Live-blogging or discussing what happens next has opened many of us up to online and in-person friendships that wouldn’t have existed without television. However, you don’t owe any show your viewership. Rather, shows and viewers should maintain a quid pro quo relationship where they work together to create an entertaining experience for all.