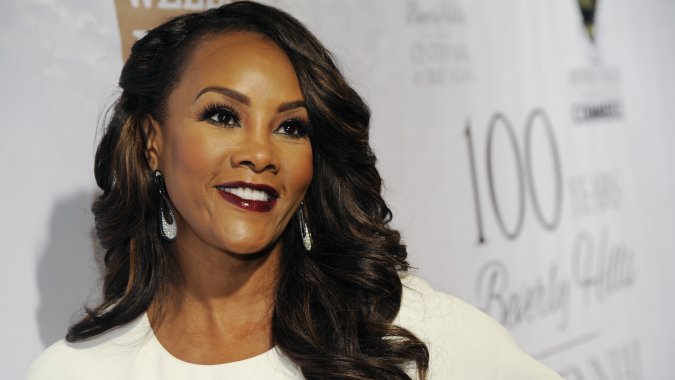 Actress Vivica A. Fox will be reprising her role of Jasmine Dubrow in the highly-anticipated Independence Day sequel. Fox and director Roland Emmerich tweeted Monday night that the actress is officially on board. She joins Jeff Goldblum (environmentalist David Levinson) as the only other returning cast member confirmed thus far. Fox portrayed Will Smith’s exotic-dancer girlfriend in the original blockbuster 1996 movie. Apparently, Jasmine and Smith’s character Captain Steven Hiller got married at some point after the explosive events of the first film. Smith will not be returning for the sequel. I’m going to come out and say that it is not going to be same without Will Smith, and his absence will not go unnoticed by long-time fans. Fox and Goldblum will be joined by newcomers Liam Hemsworth (The Hunger Games), who will play the son-in-law of Bill Pullmanâ€˜s President Thomas J. Whitmore, and Jessie Usher ( Starz’s Survivor’s Remorse) as Dylan Dubrow, the son of Smith and Fox’s characters. It remains to be seen if Bill Pullman will be coming back, but it is still early and anything can happen within the next several months. Though plot details are being kept under lock and key, it’s very well possible that the aliens could want revenge for their fallen brethren! Charlotte Gainsbourg (Melancholia, Nymphomaniac) was also recently confirmed to join the cast, but it is not clear at the moment what role she will have. Entitled Independence Day Forever, the sequel is slated for a June 24th, 2016 release, just days before the 20th anniversary of the first film’s release. Roland Emmerich is spearheading the project, with Carter Blanchard penning the script and Dean Devlin, Emmerich and Harald Kloser producing.
Here are Fox and Emmerich’s tweets announcing Fox’s involvement: Exciting news… just officially closed @MsVivicaFox for #IndependenceDay!
It’s official that I’ll b back 4 #IndependenceDay2 sequel playing #Jasmine #LegitimateCareer #NextLevel #Blessed;)