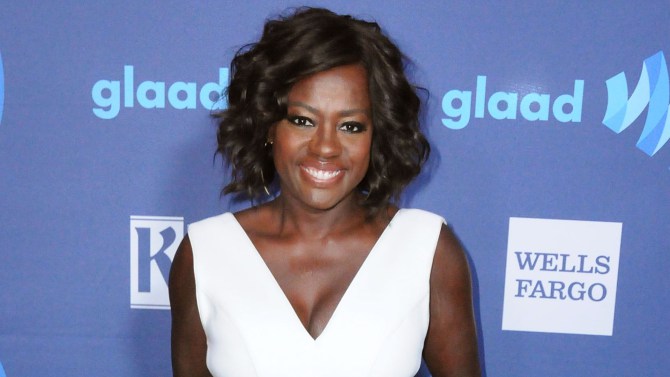 Two-time Oscar nominated actress Viola Davis is set to star in a new HBO film about Harriet Tubman, the famous abolitionist heroine who led hundreds of slaves from the South to freedom along the Underground Railroad. According to Variety, the project is likely to film during Davis’s hiatus next year from “How to Get Away with Murder.” The movie is in the early development stage and has not been given the go-ahead for production. A premiere date for the untitled film and other cast members have not been announced as of yet. The movie will be penned by Kirk Ellis (who wrote the screenplay for acclaimed HBO miniseries “John Adams”) and produced by Steven Spielbergâ€˜s Amblin TV and Entourage’s Doug Ellin. It will be the third film about Tubman (none of which have been big screen releases) the most famous version was a mini-series released back in 1978, in which Tubman was portrayed by Oscar nominee Cicely Tyson. Davis will be an executive producer, along with Darryl Frank, Justin Falvey, Doug Ellin, Jim Lefkowitz, Cliff Dorfman, and her husband Julius Tennon. The untitled project is based on historian Kate Clifford Larson’s 2003 biographic novel “Bound for the Promised Land: Harriet Tubman: Portrait of an American Hero.” Deadline first reported the news. This is the third Underground Railroad-related project in the works: WGN has a 10-episode production entitled “Underground” helmed by Akiva Goldsman, and starring Christopher Meloni and Jurnee Smollett-Bell. NBC is also working on a miniseries called “Freedom Run,” produced by Stevie Wonder.
Davis recently starred in Michael Mann’s “Blackhat,” and currently plays lawyer and professor Annalise Keating on ABC drama “How to Get Away With Murder” (set to return for a second season in the fall). Her next big screen role will be as Amanda Waller in Warner Bros’ DC Comics adaptation of “Suicide Squad.” Davis was nominated for Academy Awards for her work as a supporting actress in 2008’s “Doubt” and as a lead actress in 2011’s “The Help.” She was also nominated for Golden Globes for those same roles, as well as for her work on “How to Get Away with Murder.” Harriet Tubman is not the only African-American historical figure that Davis has sought to portray onscreen. The actress has been developing a feature film based on the life of pioneering congresswoman and civil rights leader Barbara Jordan.