Video Game Addiction, Is It Real?

Looking around the room, there are two stained bowls and a plastic cup positioned on the television stand. A box of cereal has spilled over onto the carpet, and next to it lays a few scattered empty bottles of water and used tissues. On the couch sits 16-year-old college sophomore Sharkeem Alexander. His eyes are fixated on the wide screen in front of him, while his hands grip the game controller belonging to his PlayStation 4. He bobs and weaves, mimicking the motions of the basketball player he is in character of.Â  In the kitchen, Sharkeem’s older brother Matthew prepares something to eat. Sharkeem yells out to him, “Pour me a cup of juice, I’m thirsty!” “Why can’t you get it?” replies Matthew. “Because I can’t leave the screen,” Sharkeem responds back.

According to research psychologist, Douglas Gentile from Iowa State University, roughly 3 million Americans between the ages of 8 and 18 are addicted to video games. Though gaming addiction is not yet officially recognized as a diagnosable disorder by the American Medical Association, compulsive usage of it can negatively affect lives.

Sharkeem, an avid video game player, expressed that he plays video games every day. “On weekdays I play from 6 p.m. until 9 p.m. and on the weekends from 11 a.m. to 3 a.m.” He explained that when he had to use the bathroom, wash the dishes or even do homework he would spend no more than 10 minutes doing each task. Sharkeem joked that if it was an essay he had to do for homework, then it would be impossible for him to finish in 10 minutes so he admits, “I would just finish it on the bus on my way to school or [do it] while I’m in school.”

Though there is not an official diagnosis for video game addiction, “A proposed diagnosis is internet gaming disorder,” said Dr. Hilarie Cash, Co-Founder and Clinical Director of reSTART, a program that helps treat digital media users’ addictions.

Video game addiction or internet gaming disorder, like any addiction, include symptoms such as feelings of restlessness or irritability when unable to play, lying to friends or family, isolating self from others in order to spend more time playing video games and much more.

Over the course of the years there have been several court cases that involved young people committing homicides in relation to their being heavy players of violent video games. In cases such as James v. Meow Media or Wilson v. Midway Games, claims from the deceased child(ren’s) parents often reasoned that the content within the games evoked violent acts.

“A lot of research has been done on young children that shows an increase of aggressive behaviors and thoughts from violent gamesâ€¦ If all you are doing is filling your brain with games, you lose a sense of reality. If you look at the Columbine High school shooting, those young boys felt that they were in the game Doom. My belief is that video games can evoke violent behaviors and thoughts especially if that person is mentally unhealthy. If they feel depressed or even isolated, being in that state plus having that access to violent games becomes a high risk,” said Cash. 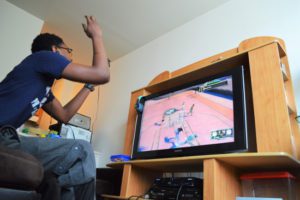 Those who were interviewed agreed that blaming video games for someone’s violent actions wasn’t enough and that there had to be other factors that triggered them to act in such a way.

“We had violence well before we had video games, so to say that violent video games causes violence or violent behavior, I wouldn’t say that, it

Dr. Schrier has had a range of experiences prior to her work at Marist as an educator, designer and media producer. She has been involved with companies such as Scholastic and Nikelodeon, where she helped develop educational games.

When balanced properly into a person’s daily routines, video games can have a lot of positive benefits. One being a form of fun or an escape from the real world for individuals.

“â€¦Everybody wants to be a hero or a badass. I think playing video games can be an outlet for people to go out and experience a different life outside of their own. It’s just like watching a movie. When I come out of the theaters after watching a Marvel movie, I come out daydreaming that I can kick ass too,” said Ashly Kim, a senior at Marist College.

Aside from using video games as a means for entertainment, video games can also have various learning benefits. With regards to Developmental Psychology at Vanderbilt, research has shown that playing video games may contain social benefits as well as benefiting a number of cognitive functions. 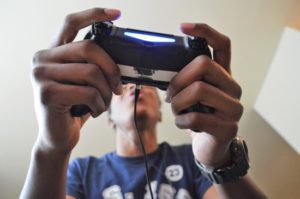 Â Dr. Schrier acknowledged that the affect a game has on an individual depends on several factors: the purpose of the game, the goal, rewards, the audience â€¦ “Each game has its own unique experience, there’s nothing universal.”

She went on to say that some games motivate leveling content, understanding what you are and who you are in that moment, understanding the consequences of your choices in the game, building connections and much more.

“Video games help with focus and concentration. You’re following directions, you’re problem solving, multitasking; and this isn’t just for educational games, you’re doing this for basically all the games that you play. What helps even more is that gaming is interactive, so it sets good learning grounds,” said Matthew Alexander, an occasional video gamer.

Matthew’s younger brother, Sharkeem Alexander, expressed that his favorite game to play is God of War III. Though he admitted that the violence in the game was horrific, he noted that he was particularly attracted to the game because of its strong ties to Greek mythology.

Games have become a part of our humanity. Dr. Schrier challenged that if you are creating an art form of human life, why not include violence? “We live in a violent societyâ€¦societal issues will still exist even if games are not here.” Â She proposed that the real question is, “Do we fix games or do we fix society and cultural structures?”

Article and images by Jamelia Thompson