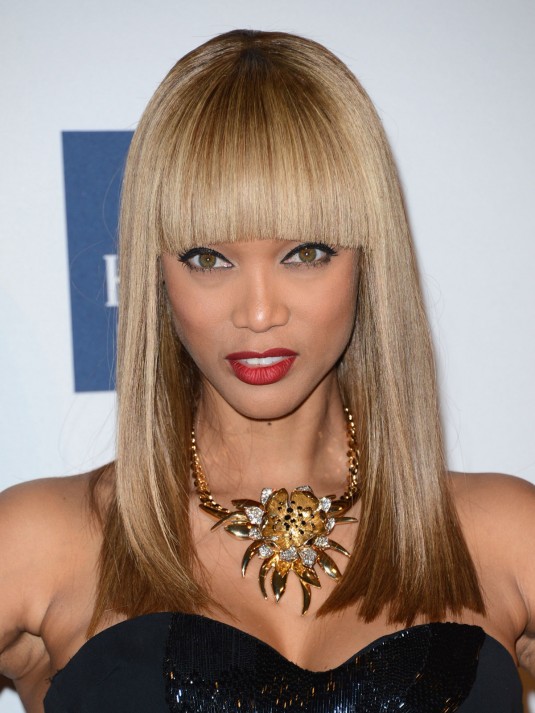 Tyra Banks has filed a lawsuit against 10 wig companies for damages due to the use of her name and likeness being marketed with some of the hair that is being sold by these companies.Â  Names of wigs from some of the companies mentioned in the lawsuit include “Yaki straight [Tyra-Banks style] wig” and “Tyra Banks custom lace wig #046.” In the lawsuit filed in Los Angeles countyÂ  earlier this week, Banks is looking for $10million in damages as well as the end of product sales of all items that use her name, photo, identity, and otherwise based on the misuse of her trademark. There are many “Tyra Banks” inspired wigs that can be easily located on YouTube. Many of those same companies might be included in this suit. The merit of this lawsuit will be judged in the weeks ahead.

*Photo of Tyra Banks at HawtCelebs.com