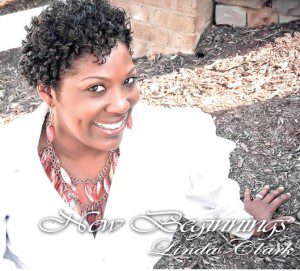 Downtime is hard to come by for a mother of six, wife, full-time worker and musician. But Linda Clark finds time in her day to write, produce and perform her own music at events and gigs. One would hardly guess that on top of all the titles she holds, Clark is also a military vet and recently finished graduate school.

Growing up, Clark was the first African American to receive a full scholarship to Lurleen B. Wallace College in Andalusia, Alabama, but made the decision to enroll in the U.S. Army.Â  “Life got away from me,” Clark said. All of the partying, boys and life of being alone was overwhelming for the youngster and she decided to discipline herself. Clark said she was on a road to self-destruction and needed structure. Her parents were disappointed but embraced the challenge of having their daughter enroll into the military.

After 7 years of serving time, Clark began to regularly sing the “National Anthem” at military ceremonies and performed in her church.Â  She says though she has stood in front of huge audiences for over 4 years for these events, her most exhilarating performance was at the South Carolina University games.

Clark had no problem performing in front of crowds as a child. Â The music lover confidently sat behind her piano and sang her heart out for her family and friends. Though Clark began singing within the safety of her home, her growing talent was cultivated in the church.

To sum her life up, Clark created an album entitled, New Beginnings. “I really wanted to bring it all together,” Clark said. “To tell someone else that regardless of their age or what they’ve been through, they can always have a fresh start.”

Clark stated that the last track represents the entire album and emphasized that there’s not only one or two new beginnings in life. She wrote 6 of the 10 songs on her album and truly shows her passion through her album.

Clark says that people may think that leaving college and having three children from a failed marriage are failures, but she believes that these instances are her main influences. She found her passion, and it’s singing. “It’s a lifestyle of worship,” she said. “It’s ministry.” Clark is in it for all the right reasons and wants to express to her fans that it is a blessing to be a blessing to others.

A message to her fans:

“I love the Lord with all my heart and I just want the world to know that God loves us first no matter where we are. He loves us and he desires a closer relationship with us. God wants us to get up and walk with him.”

“The joy of the Lord is my strength”.