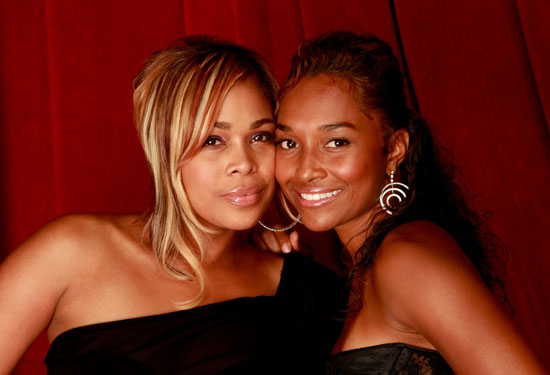 Tionne “T-Boz” Watkins and Rozonda “Chilli” Thomas have launched a Kickstarter campaign to help fund TLC’s fifth and final studio album. The group is depending on fans to turn their loyalty into dollars and be an integral part to completing this album. Chilli stated that this project is for the fans. Donations can be as low as $5, which will get them an exclusive track, behind the scenes updates, and the opportunity to vote for which track they want remixed. The higher the donation, the bigger the reward. Depending on how much they give, funders can score VIP concert tickets, a fitness class with Chilli or actual costumes worn by the group in the past. The campaign kicked off Monday, January 19. The group, who lost Lisa “Left Eye” Lopes to a tragic car accident in 2002, said despite a long hiatus, they have constantly been working on new music. Chilli said that the 2013 VH1 biopic, CrazySexyCool: The TLC Story, (that chronicled the band’s early beginnings and eventual worldwide success), led to a surplus of renewed interest in the group. This fervor inspired them to incorporate ideas from fans into the upcoming album. TLC has set a $150,000 goal for their album, with a funding end date of February 19. The group also just announced a summer tour with New Kids on the Block, and rapper Nelly. Katy Perry has donated $5,000 to the fundraising effort. Perry’s donation is part of the $107,000 (and counting) that’s been raised so far, which TLC chose to crowdfund in order to retain creative control over it.

According to the group’s Kickstarter project, every dollar will go towards funding the production and release of the new album. “The initial goal of $150,000 will go towards a writing session in the studio with a producer and engineer. The money beyond that will go to booking music producers, writing sessions, mixing sessions, recording sessions, and SO much more,” according to TLC’s Kickstarter page. The Crowdfunding idea is actually pretty ingenious because it’s great way to get fans involved, as well as thank them for their loyalty the past 20 years. This way, they’ll be guaranteed to go out with a bang! I’ve been a fan for almost half my life, and will be sorry to see them disband, but all things must come to an end eventually. The last TLC album, “3D,” was released in 2002. It will also be the first TLC album featuring surviving members Watkins and Thomas.