The Saartjie Treatment: Why Black Women are Still the Venus Hottentot of Today

“Attention, please, those of you whose greatest ambition is to acquire theÂ traffic-stopping bodyÂ of Kim Kardashian. There is a less drastic alternative to costly and dangerous buttocks implantsâ€¦ the Kim Kardashian of another eraâ€¦”

Said Ben Brantley on May 15 2017 in his New York Times article reviewing the play Venus. (1) The play divulges in the like of Saartjie Baartman, or as European onlookers called her, â€˜The Venus Hottentot.’ The review he wrote, almost instantaneously received criticism from social media, but not for the actual review details. His rhetoric used in the very first paragraph, and throughout, ignited people’s fury as it compares the fatal flight of a South African woman ridiculed for her natural physique, to the reality star who surgically went under the knife to appear similar to her. His words iterated the social construct of what women of color have been subjected to during their entire existence; inferiority to a white woman, not just by social status, but by features that are alike on both, but praised on the non-woman-of-color. For such a prestigious institute like the New York Times, to allow a condescending illusion to land in their paper shows us we are far from equality. 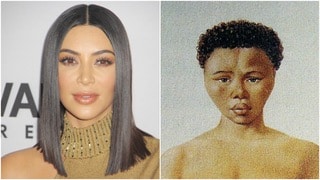 Saartjie Baartman or Sarah, was a woman born to the Khoisan or Khoi people in South Africa. She was a slave to Dutch farmers, but when Britain took control, a military surgeon named Alexander Dunlop advocated her going to London for an exhibition. (2) This â€˜exhibition’ was nothing short of a circus show, exploiting people with â€˜strange’ attributes, and Sarah was a perfect addition for them. She had steatopygia, a condition that causes an individual to store higher amounts of fat on or around the buttocks and hip area. It is prominent in the Khoisan people, and in other parts of Africa. (3) From here on, Sarah’s life would be one of amusement, mockery, and fixation on her figure. Many were even engrossed on her enlarged genital organs, and she became the epitome of hypersexualizing and fetishism-â€˜what would it be like to have sexual contact with this woman?’ was amongst the many thoughts exchanged by European men after viewing her. Sarah died in 1815, but her legacy lived on with her skeleton, genitals and brains, further more exploited, as it was put on display in the Paris’Â MusÃ©e de l’HommeÂ until 1974. Amongst talking about being kidnapped, laughed at, gawked at, sexualized and eroticized, Ben Brantley compared her body and life to that of Kim Kardashian. 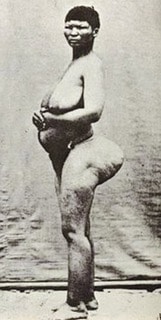 However, the story of Sarah is not unfamiliar to black women worldwide. As a group, whose African roots tends to leave black women shapelier, heavier set and with wider proportions, we can find similar â€˜Saartjie treatment’ every day. Whether it is catcalling, slut-shaming or rape culture, black women’s figures are always being abused. Not to mention the added jezebel stigma that is associated with the physical attributes. Music videos, magazines, society, media, pictures and even stories tell the same stories about black women:

Black women have even fallen into this ideology by surgically enhancing their bodies to be more drastically shaped. They believe that the value in a black woman is created by her â€˜exotic’ features so, misleadingly, many black women who do not have these so-called features go to great lengths to have a small waist or large hips. Consequently, these same â€˜valuable features’ are the dismissal of social acceptance. It is a system designed to make black women lose regardless of what they look like. Sarah and other black women today, are underhanded by society no matter what they look like because of their race first, then their aesthetic, time and time again. But, the asterisk and core of the flawed review by Brantley comes with a racial divide: the idea that if a white woman has these same curvy attributes, she receives no backlash, no sweeping generalization and gets to remain â€˜pure.’

Women like Kylie Jenner, who are going under the knife to have fuller lips, bigger busts, and an hourglass shape are crowned the queens of being curvy and â€˜#goals.’ They receive compliments daily, get deemed as trend starters, and uphold the theory of white pureness. The objectification, slander or plain hatred that is received by blacks will never be reciprocated to their white counter-parts. It’s a construct that will keep inequality thriving and white superiority in place. 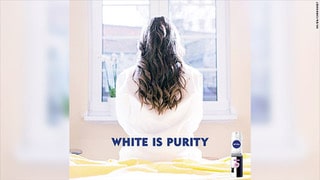 So what can we do? Self-love is key to conquering any world of hate. The reality is that even with a higher chance of being curvier, only 8% of women in the world are naturally hourglass. (4) The more prevalent body type for women is rectangle, accounting for 46% of women. This does not mean that you run to a surgeon’s office or force yourself into corsets; this means that it’s okay for you not to be the perfect coke-bottle shape, even if you are a black woman. You bring value to yourself by your character, not by what you look like. Distancing yourself from social pressures to adjust is salient; regardless if you are shaped like Saartjie or less curvaceous, society is not designed to allow you to thrive as a black woman. So make yourself thrive by ignoring what society wants! Saartjie’s plight will not be in vain or be dumbed down to what Kim Kardashian chose to do with herself. To change society, we must realize that we are the society and must uplift one another. Don’t follow stigmas like black girls with natural curves are just â€˜sex-symbols,’ and don’t think about black girls who aren’t curvy as â€˜less-than black.’ If we can bring self-love to every black girl and unite, nothing can stop us. Not a NY Times review, not a Dr. Miami visit, and surely not feature appropriating celebrities.