The Role of the Black Church in the African American Community 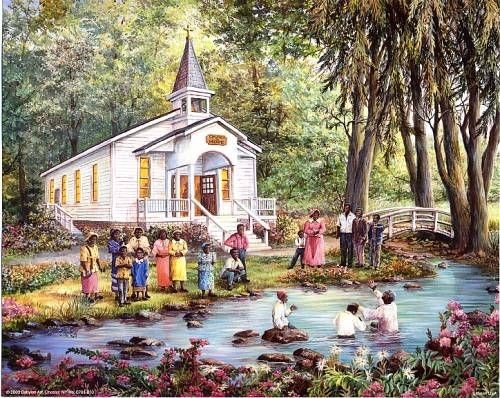 There has always been a faith-based bond throughout the black community since the beginning of time. The only way our ancestors got through the day was to pray and sing hymns that would bring them home (home meaning, away to freedom). It seems that no matter how hard people of color endure trials and great battles, their sense of maintaining strong faith is really the only thing that gets them through a tough situation. The importance of community amongst black people is something that has also been a catalyst in and of itself, being that we were born to look out for own people, because let’s face it, who else will? Spirituality and the role of the black church in the African American community has been quite important, whether it involves assisting families with resources or being treated as a place to lay their troubles down and give their burdens to God in hopes that their prayers would be answered.

Looking back to old movies such as The Color Purple, there were always scenes with black people at church in the south during the hot summer months praising God for everything he has done for them despite the pain they were feeling. Even when it comes to grieving over a loved one who was innocently killed by life in the streets, or the fact that our system did not care enough about the colored youth, somehow black people always find a way to see the good after dealing with heartache. For the most part, a lot of people in the black community will probably agree that there has always been a mother, aunt, grandmother, or family friend who was seen shouting and jumping for joy on Sunday morning or going to Wednesday noon bible study; some will say this is a myth, but these routines have been going on for decades and it keeps a sense of peace in inner cities that want to look after the young people and make a difference in their lives.

Just remember Bronze beauties, you don’t have to be religious to have a good spirit or to want to live a good life. However, keep in mind the traditions that have been passed down to us and the role of the black church since the start of life in the black community.