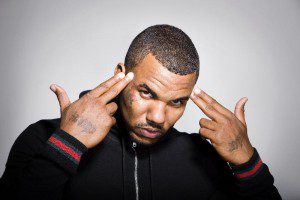 Rapper and actor The Game (real name Jayceon Terrell Taylor) recently announced world tour dates to support his newest release The Documentary 2. Spanning 36 dates and 39 shows, the first leg of the two-month tour started on January 8 in Los Angeles, and will take him all across Europe, Asia and Australia. Amsterdam (January 27 & 28) and Paris (February 2) both have two shows apiece. It is a very extensive tour where he will perform sometimes twice in a night and hit some smaller cities that American acts don’t normally bother with on their tours. The Game will then head to Dubai for a gig on his way down under for shows in Australia and New Zealand to finish out February. Most of the tour will be in small clubs, but some of the shows will be in concert halls and larger theaters. No supporting acts have been named. More tour dates are expected to be announced soon. 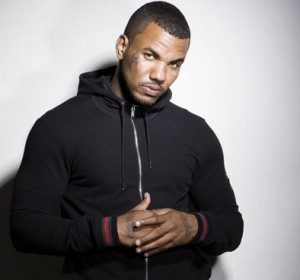 The ambitious double album was released back in October, featuring collaborations with Nas, Future, Drake, Dr. Dre, Ice Cube, Kanye West, Kendrick Lamar, Lil Wayne and Jay Rock among others. The energetic follow up to his 2005 debut smash record (The Documentary) has everything a rap fanatic can ask for, including hard-hitting beats and superb storytelling. It was produced by Bongo, a.k.a. the drum GAHD. “Working with Game is really dope because he’s super creative and it wasn’t just sending somebody tracks,” the Nigerian born producer tells JET. “I was literally in the studio with him everyday just working on stuff. Even beats that I didn’t do, I still have production on. Being able to work hand-in-hand like that was good stuff.”
The 38-track collection includes “100” featuring Drake and “Dollar And A Dream,” with Ab-Soul. The Documentary 2 is now available for streaming on Spotify and to download on iTunes. “This album is better than my 1st for more than a few reasons,” The Game stated via press release. “But you don’t have to take my word for it because you will see for yourself with it drops October 9th! After Kendrick dropped his album, then Dr. Dre dropped #Compton then the movie doing 100 million after just 2 weeks…this album will add to my city’s continuous legacy! I’m proud to be from #COMPTON & I wish Eazy E was alive to see us flourish yet again… We on!!!” The West Coast emcee added that he hopes the album will help further the legacy of his hometown of Compton.
Fans can RSVP and purchase tickets to any of the tour dates via The Game’s official Facebook page