The Effects of Single Parent Homes 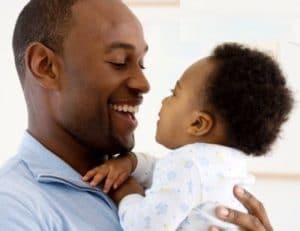 The rate of single black households is at an all-time high. A recent CNN study shows that 73 percent of African American children in the US are born out of wedlock. This number is high in comparison to whites, who fall in at 29 percent and Asians at a mere 17 percent. Hispanics also rank high at 53 percent.

A 2012 census says that single parent homes continue to rise. According to a case study by livestrong.com, children who come from single households are statistically known to have poorer grades and more behavioral issues.

CNN News Anchor, Don Lemon stated, “More than 72 percent of children in the African-American community are born out of wedlock. That means absent fathers. And the studies show that lack of a male role model is an express train right to prison and the cycle continues.”

These homes are more likely to fall near or below the poverty line due to only one income. This causes single mothers to work longer hours and spend less time at home to assist with homework, studying, and other day to day activities in their children’s lives.

Pulitzer-prize winning Journalist, George Will stated, “There is a crisis in the African American community, because 24 percent of African American children are born to unmarried women. Today it’s tripled to 72 percent. That, and not an absence of rights, is surely the biggest impediment.” 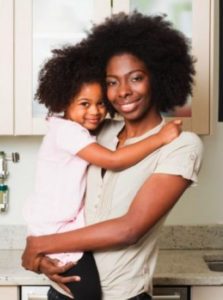 Living in poverty causes students to have lower self-esteem and increased anger, making them more likely to act out in violent behavior. Â According to Nydivorcefirm.com, children from single-parent households account for 72% of teenage murderers and 60% of rape crimes. Children from single-parent homes are eleven times more likely to exhibit violent behavior. As the rate of single households amongst minorities increase, so does the rate of minorities being incarcerated.

Although many of these single-parent household are led by mothers, there is an increasing number of single fathers as well. Over the past ten years this number has increased by 60 percent.

However, Psychology Today believes that children from single parent households do just fine as long as it is a low conflict environment. “In a nationally representative sample of many different kinds of households â€“ two parent biological households, single mother households, adoptive households, stepmother, and stepfather households – there were no differences at all. Children who had problems with their grades or with their siblings or friends depended on whether there was a lot of conflict within families, high levels of disagreements between parents, or endless arguments between parents and kids.”

There are plenty of influential figures who were raised in single family households. President Barack Obama was raised by a single mother and went on to be the first African American President of the United States. Olympic medalist Micheal Phelps, and rap superstars Jay-Z and Sean “P Diddy” Combs are also just a few successful people to come out of single parent homes.

Although the odds may seem against them, children from single parent homes can live happy and successful lives. It has been proven that it is not who raises these children, but more importantly is how they are raised.