Thank You: The Musical Journey of Bradd Marquis 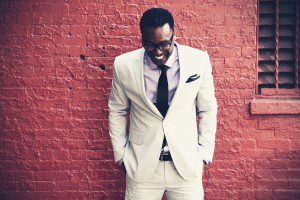 When you come across great R&B music these days you have to hold on tight, because this is a genre that has unfortunately become lost (to my disappointment) over the years. I’m a huge fan of Soul R&B which is why it was so refreshing to be introduced to the sound of Soul singer/songwriter and actor/producer Bradd Marquis. The New Jersey native’s style is authentically cut from the days when songs were actually meaningful; when they told a story, touched the heart, taught a lesson and detailed a journey; which is not surprising since some of Bradd’s musical influences include legends such as Anita Baker, Luther Vandross, Donny Hathaway, Sam Cooke and Marvin Gaye. Bradd believes that there are a lot of stories and experiences that happen in love and life that we talk about every day but don’t necessarily find in music anymore. He wants to restart these conversations, hopefully helping himself as well as others through whatever they are going through.

Bradd’s early stage life began in the church, where he traveled as a child performer in the Family and Friends gospel troupe. When asked how he later made his transition from spiritual to secular music he admits, “Making that transition was pretty seamless; I wasn’t isolated by strictly spiritual or gospel music. My family listened and allowed me to listen to everything: blues, soft rock, R&B, Soul as well as spiritual. I fell in love with Jodeci and that’s when I became EXCITED about music; they made me want to create music!”

Following several collaborations including with Babyface’s production team, the late Gerald Levert, the Rude Boys and the release of an Indie mixed tape in 2006, Bradd released his debut LP in 2007 titled Finding My Way. His breakout hit single Radio led to guest spots on both BET’s 106 & Park (where he was named Soul Singer of the Year) and Showtime at the Apollo. Bradd also landed the Soul Summer Tour and the Budweiser Superfest Tour where he opened for artists Jaheim, Tamia, India Arie, Blue Magic, Frankie Beverly & Maze, Gordon Chambers, and Hal Linton. Having been blessed to work around so many talented performers, Bradd doesn’t hold back on who he hopes to have collaborations with in the future. “I would love to collaborate with Faith Evans, Mary J Blige, Bruno Mars and definitely Algebra Blessett.Â  I would love for Babyface and R. Kelly to write and produce a few songs on me; Neyo too. Brian Michael Cox, Carvin and Ivanâ€¦ Man there are so many great producers and writers I know could take me to that next NEXT level!”

After working on several other projects in 2009 and 2011 Bradd took a much needed break for self-discovery; only now to return with his current up-tempo LP titled Thank You, which Bradd credits as a love letter to everyone who stuck by and loved him through turmoil and his evolution into manhood.Â From one song to the next, each track on Thank You packs a soulful punch- some of my faves are the romantic and love persevering tune Love Will Find A Way, the spiritual release and breakthrough heard in the song Free and the love and trust established in Happy Home. When asked what message he wants listeners to take away from this album Bradd explains, “I want listeners to feel good when they listen to Thank You. I want them to feel like R&B lives, Soul lives, LOVE lives! I want them to hear the joy I had creating it for them and the messages I hope positively impacts their lives. I want them to hear hope despite the turmoil and research of my journey so they know where these songs originated from, so that maybe they can find direction and inspiration for their own journey.”Â

Bradd has had his fair share of challenges as an emerging Indie artist within such a competitive industry. As a result, he has come to realize that being realistic about the industry and patient with his expectations goes a long way towards growing a sustainable career. He advises other struggling artists not to burn bridges, stay humble and always present themselves in a professional manner. “Be patient, strategic and methodical, have a plan of execution for at least 2 years before the release of the project, he says. Last but not least, keep your day job!”

by Shawn Chavis, Editor In Chief