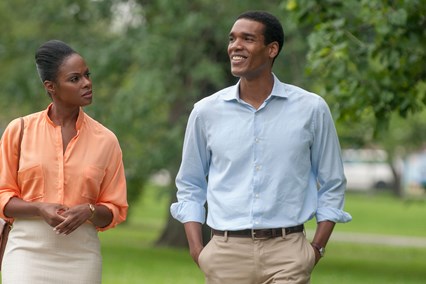 Many people are unaware of the existence of “Southside with You,” which is now being played in select theaters. Directed by Richard Tanne, this movie tells a loose version of the story of how the Obama’s got to know each other. The movie follows the couple as they explore (what Michelle denies to be) their first date in Chicago during the summer of 1989. Barack Obama is played by Parker Sawyers while Michelle Robinson is played by Tika Sumpter. The chemistry between Sawyers and Sumpter on screen is undeniable and simply magical. Together they play a very believable future first couple.

“Southside with You” opens with Michelle getting ready for what she believes to be an outing to a community meeting with a fellow coworker. The film explains that Michelle and Barack met when Barack went to work for the Sidley Austin law firm during the summer of 1989. He was attending Harvard Law and was a junior associate while she was a second year associate.

Michelle was reluctant to date Barack because they worked together. She feared what people would say, and thought coworkers dating was tacky and inappropriate. After constant persistence on Barack’s part, he finally got her to agree to hang out with him, though she constantly reminded him throughout the movie that it is not a date. Below is a transcript from the film that shows how hard Michelle fought against Barack’s advances.

Michelle (Tika Sumpter): Wait. What is this?

Barack (Parker Sawyers): What is this? I don’t know. I mean, taken at face value, that’s a pretty existential question, Michelle.

Michelle (Tika Sumpter): What happened to the meeting?

Barack (Parker Sawyers): It doesn’t start until 4. So I thought we’d see some paintings, maybe grab a bite to eat. We don’t have to.

Michelle (Tika Sumpter): Barack, you seem like a really sweet guy. But how many times do I have to tell you? We’re not going out together.

Barack (Parker Sawyers): Well, Michelle, thank you for saying that. You seem like a real sweet girl. But I have to correct you. We are, in fact, out. And we are, in fact, together.

Michelle (Tika Sumpter): But not on a date. This is not a date.

Barack (Parker Sawyers): It doesn’t have to be.

Michelle (Tika Sawyers): Barack, I don’t want it to be.

Barack (Parker Sawyers): You know, usually, women I meet are willing to look past my hideous appearance and get to know the real me.

Michelle (Tika Sumpter): If I thought you were hideous, I wouldn’t have set you up with Gina. Gina’s very attractive.

Michelle (Tika Sumpter): This is not a date. 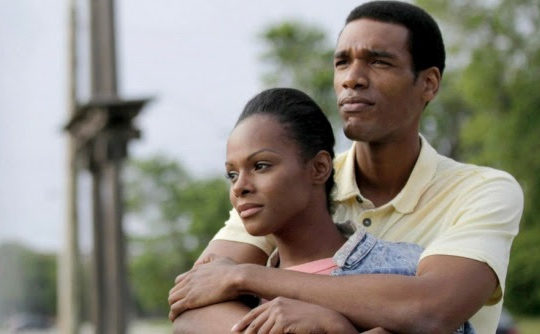 “Southside with You” is a delightful movie that is light and easy to fall in love with. Richard Tanne shows us how strong the attraction between the two of them was. The movie shows the very low key summer’s day they spent together and focuses on the couple and not the things they are doing. This film is not filled with excitement, but is a laid back and feel good type of movie. Sawyers and Sumpter do a good job of portraying a romantic encounter between one of the most famous couples in America.

While on their date, Michelle and Barack talk about their family histories, politics, and hopes for their futures. The events of their day include going to an art museum, lunch in the park attending a community meeting, getting drinks, seeing Do the Right Thing, going for a walk and end with chocolate ice cream. This is simply a tale on how Barack was able to make Michelle fall for him.