Respect As We Elect 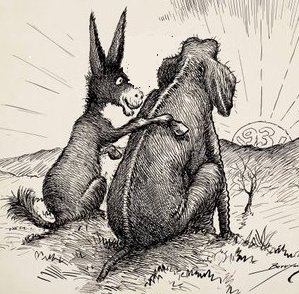 With the third debate looming over us as October 19th approaches, you must have noticed a trend by now. It’s no secret this 2016 election for the President of the United States has been filled with hatred and negativity. Perhaps the strong distaste the majority of Americans feel for both the Democratic and Republican front-runners has something to do with this.

According to a CBS/New York Times poll featured in the article Poll: Trump, Clinton score historic unfavorable ratings by David Wright “Clinton and Trump both register net negative ratings in double digitsâ€¦That makes Trump and Clinton viewed more unfavorably than any front-runner for either party since 1984, when CBS began polling voters on the question.” It seems the country is understandably fearful about what decision they will make on November 8th. It’s a fear that has created a climate of disharmony.

Racism, xenophobia, sexism, and a plethora of dangerous ideas have run ramped throughout this election as they have throughout history. Perhaps the only difference now is the lack of subtlety. Still, it’s an alarming difference. It seems every day we must come to the defense of our families, our friends, and our fellow Americans. Â But it is important that we do so. America is the land of the free, home of the brave; we must prove with our actions that we have no tolerance for ideologies that make fellow Americans feel unsafe or unwelcome.

At times it can be difficult to maintain respect for those whose opinions so ardently differ from our own. Who among us Americans has not slipped at some point in remaining polite when it comes to politics? It seems election season promotes more tense questions of moral judgment than a family gathering during the holidays. Yet, it is possible to respect those we do not agree with.

Last Saturday on the 15th, a GOP office in Orange County, North Carolina was fire bombed. The unknown culprit left the words, “ Nazi Republicans leave town or else” on the building. What happened afterwards, however, highlights the true spirit of America. A GoFundMe page started by Democrat David Weinberger of Brookline, MA to raise $10,000 to help rebuild the GOP office quickly went viral, raising just over $13,000 before he stopped accepting donations after far surpassing the goal. The majority of the donations also came from Democrats like David Veloz whose comment below his donation said, “I’m a Democrat but don’t believe in violence.”

Though the election may be dismal with its childish antics, we have the chance to rise above it. In the end, no matter who is elected as President of the United States we will have to live with each other. We will wake up November 9th, 2016 and carry on as usual at our usual jobs with our usual coworkers, and read the usual post from that one friend on Facebook who seems perpetually ignorant. We can only move forward with respect. Let’s make sure we’re on the right side of history when we look back, regardless of whether or not our future leader is standing with us on that side.