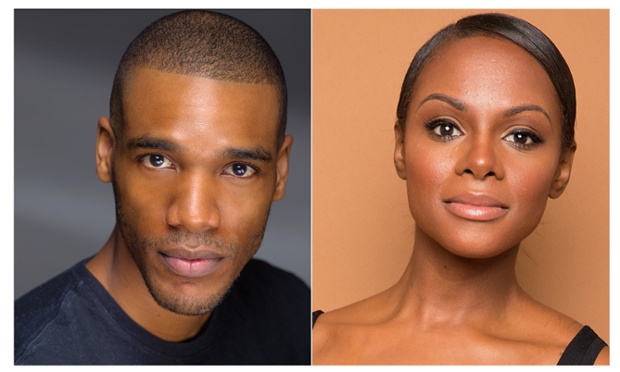 “Southside With You,” a romantic dramedy documenting the fateful first date of Barack and Michelle Obama back in 1989, has cast its main characters. Parker Sawyers will portray a young Obama as he tries to woo lawyer Michelle Robinson (played by Tika Sumpter) on a rendezvous to the Art Institute of Chicago, a screening of Spike Lee’s “Do the Right Thing” and a drink on the 96th floor of the John Hancock building. The movie will also include the couple’s first kiss, which happened outside of a Baskin-Robbins in Chicago’s Hyde Park. At the time, Barack was a first-year Harvard Law student working as a summer associate at Chicago law firm Sidley Austin, and Michelle was his office adviser. The Obamas became engaged in 1991, and were married on October 3, 1992. The story of the summer afternoon that started their love story will be written and directed by Richard Tanne (best known for comedy “Worst Friends”). Executive producing are IM Global’s Stuart Ford, Matt Jackson, Glendon Palmer and Tracy Bing. Bob Teitel will share producing credits with Sumpter and Tanne.
According to The Hollywood Reporter, the film will begin production this August in Chicago. Deadline previously reported that “Southside With You” would follow the format of the Richard Linklater indie romance classic “Before Sunrise,” which details the 24-hour encounter of a young American man and French woman (portrayed by Ethan Hawke and Julie Delpy) as they get to know each other during a day in Vienna. In an interview last December, producer Tracey Bing said “Southside With You” would be a “smart and timeless film that sheds light on one of the great love stories of our time.” The film is expected to hit theaters sometime in 2016.
Rising actor Parker Sawyers recently completed filming in upcoming Oliver Stone drama, “Snowden.” He also has several other movies coming soon to theaters including a role in the thriller “Survivor” and next year’s sci-fi themed “Spectral.” Sawyers previously had small roles in “Zero Dark Thirty,” “Hyde Park on the Hudson,” “Kick-Ass 2,” and “Jack Ryan: Shadow Recruit.” Tika Sumpter is best known for her roles on ABC daytime soap opera “One Life to Live,” “The Game,” “Gossip Girl,” and OWN primetime soap opera “The Haves and the Have Nots.” She has also appeared in big screen movies “Think Like a Man,” “Ride Along,” “My Man Is a Loser,” “Get On Up,” “Sparkle,” and “A Madea Christmas.”