Our Blackness Is Not a Trend!

More than anything, we want to be able to see ourselves reflected in all facets of media and the things that we consume daily.Â  Women of color are at the top of that list, especially when talking about representation in the fashion industry. More often than not, runways, catwalks, campaigns and more are paler than the consumers that buy into the industry. Women of color, and black women more specifically, have to deal with the effects of not seeing themselves enough within the fashion industry. One thing is for certain- our color and our culture is not something to be mocked; worn like a costume or made to be a trend. For the “moment” that we’ve been seeing black people receive more and more shine for their work, it makes us see even more the need for representation in the spaces that we occupy. A recent story reminded me of this concept, and has raised quite a bit of controversy since the story broke.

London photographer and CGI artist Cameron-James Wilson created Shudu, the first digital dark-skinned supermodel whose likeness was inspired by models like Duckie Thot, as his contribution to the “moment” happening for dark-skinned models. “She represents a lot of the real models of today. There’s a big kind of movement with dark skin models, so she represents them and is inspired by them,” Wilson shared with Harper’s Bazaar. The conversation that has been sweeping social media has surrounded the critique that Wilson found a way to exploit and profit off of black women rather than hire and pay an actual black model, in contrast to the arguments that he created Shudu simply as a means to shed light on and further promote the beauty of black women.

When I first saw this story, I didn’t like it. I felt that there was validity in the criticisms made about the profiting off of but not paying black women. But then I realized that something beautiful was created out of all this, and respect had to be given in that regard. I don’t think there’s just one way you can feel about this, as there are a few moving parts at work here: the fact that Shudu was created at all, Wilson’s motive behind creating her, the fact that Wilson is a CGI artist and chose to be inspired by black women, the real black models who still don’t get the shine they deserve past this “movement” and the fact that dark skin/ black women aren’t a trend, yet they are still fetishized. You can’t just dismiss Shudu’s creation because a white man created her. Such a dismissalÂ  takes away from the influence and likeness of both her and the black woman from which her form was inspired. Such a dismissal also gives the fact that Wilson is white a bit too much power; it makes it appear that Shudu’s image and likeness is validated by Wilson, when in fact, Shudu’s beauty shines through regardless of who created her. 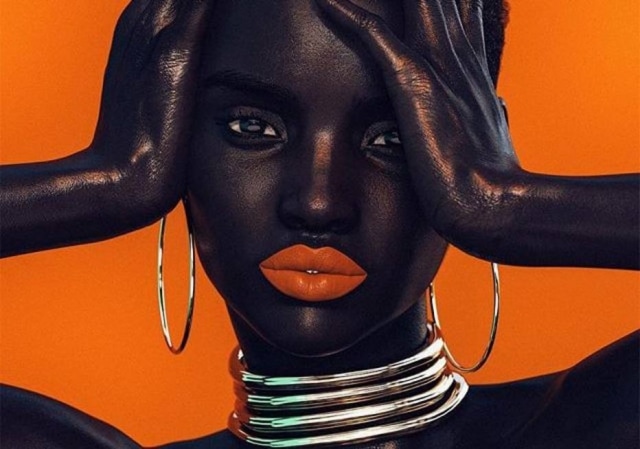 First things first, Shudu is STUNNING! Her likeness clearly encompasses the beauty of the black women she is inspired by. Her beauty is reminiscent of the women we see everyday; of the black models that we want to see more of. No one can argue with the fact that Shudu’s imagery is breathtaking and beautiful. I’m happy that she was created because it speaks to the influence, beauty and power of black women. My issue lies with Wilson’s statement that he created Shudu because there was currently a movement happening with dark skin models. There has definitely been a resurgence of people of color within the mainstream of the fashion industry. More and more brands, designers, etc. are becoming “inspired” by black women for a plethora of reasons. However, one thing that black women are not is a trend. We are not a costume that you can just take off at the end of the day. We are not to be fetishized and reduced down to just our parts. We are not going to be disrespected, shamed and belittled for our features and style and sit back and watch silently while the fashion industry and media calls the very same things a trend on a white woman or the more palatable equivalent. Most importantly, we cannot continue to act as if black women aren’t the most underrepresented and underpaid when it comes to the fashion industry, especially when talking about black models (black women also contribute to and inspire a lot of the culture that we digest). Catwalks, campaigns, catalogs and other forms of imagery are consistently pale and lacking models of color. When there are models of color on the runway, black models are used sparingly as the token black on the runway. It’s a shame! So much credit is given to the fashion industry each year around Fashion Week, hyping up the fact that the runways are more diverse than ever. It’s not that groundbreaking. It’s the industry’s job to cater to and represent all consumers. Kudos to those that are consistently inclusive, but we can’t keep applauding mediocrity.

What I can appreciate about this story and Shudu’s creation is that it was inspired by the likeness of a black woman. We deserve so much more than being mocked for our features and our culture while watching the trends taken up and presented as new on someone else. We deserve to see ourselves properly represented in all spaces that we enjoy, not just used as a token to feign diversity and inclusion. Wilson’s creation of Shudu is definitely a step in the right direction. What’s important is that we as a community do the work to put more people of color in positions to make content and products for us, by us.