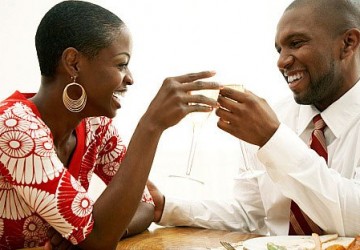 The generation we are living in can be so confusing. I never know what are the important questions to ask a man when dating or when is it the appropriate time to ask these questions.

I thought that asking questions like, when was your last relationship? how did it end? how’s your relationship with your family? and maybe probing questions about the person’s current sexual status were all important.

However, I am learning quickly that these questions may not be the RIGHT questions to ask. As women, we tend to ask questions in order to look good to the person we are trying to get to know, while failing to obtain important information that could possibly affect the relationship in terms of our own wants and needs in the long run.

The questions that IÂ  previously stated are important questions, but how much weight do they hold for the future? Are you really going to care that his last relationship was 6 months ago, even though you are trying to establish something new; or how many people he may have slept with when he cares about his sexual health and takes the necessary precautions to remain safe. These particular questions holds a lot of weight to me for many different reasons but to each his or her own.

In an article by AOL, a black woman in her early 30’s was asked by her date, a black male in his 30’s, what was her credit score? She was immediately offended because she thought this was a little too invasive. However, his justification was that he wanted to be able to purchase homes and vehicles and receive good interest rates on loans from banks. Any woman whose credit score may not be up to par will hinder him from achieving these things in the future and he doesn’t want to waste more time in finding out that her credit score is not in good standing later.

I am not upset with his rationale. I personally think some women should be asking similar questions that are based on future goals and aspirations. I do think it is a little vain because you are judging a person by numbers and not by how they treat you or how they make you feel. Sometimes, these things are just not important enough to determine if we would like to continue dating someone.

This could potentially be considered a smarter way of gold digging depending on your reasons for asking. A man asking a woman for her credit score could possibly be a manipulative question because he might want to use her for his own wants. On the flip side, if a woman asked this same question, she will be looked at as a gold digger. She may only want to know if he could hold his own in a relationship and not mooch off of her as many of us women have experienced in the past.

We are living in a world today where men use women and women use men. I don’t think it’s right but it’s a known fact that numbers don’t lie. I read somewhere that people are used and things are valued. We all know that it’s suppose to be the other way around.

I don’t have the answers because as I mentioned before it could work in both a good and bad way. Everything has consequences; you just need to be wise about how you approach each situation.

Do you think asking what’s someone credit score a good question on a date?