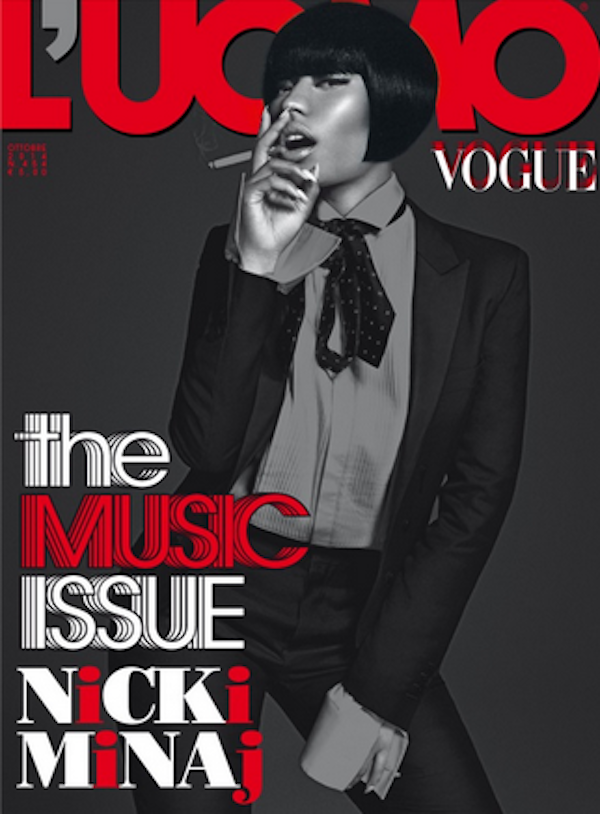 Nicki Minaj is back appearing on the cover of the October 2014 issue of L’Uomo Vogue music edition. On the spread, Nicki looks very dapper sporting a rendition of menswear in black and white. Her interview touched on topics that ranged from her upbringing, her thoughts on someday becoming a mother, a recent panic attack on a plane, and being moved by BeyoncÃ©’s interaction with her daughter Blue Ivy.
On having a family of her own and becoming a mother:
“The time is not yet ripe, but when I decide to get married and become a mother, I would like to take a hiatus and dedicate myself completely to my child,” she then adds, “I don’t want to work my whole life without ever experiencing the joys of a family. Family has always been very important to me, and that is why I want to wait until the right moment before starting my own. Right now I am too busy, but at a certain point the situation will change.”
How seeing her mother get abused by her father shaped her life:
“That experience had a profound influence on my way of being a woman â€“ never let a man cross the line or control me, especially in my career.”
On having a panic attack while returning from Paris after her performance with BeyoncÃ©:
“I was flying in a private jet, tired from the performance and the jetlag, but instead of sleeping, I worried about all the deadlines waiting for me in Los Angeles. I got really scared â€“ I had a sort of panic attack.”
On seeing BeyoncÃ© interact with Blue Ivy:
“Seeing BeyoncÃ© with her daughter and husband was so tender, and it showed me that it is possible to be an animal on stage and a caring mother at the same time.”
You can find the full cover story here and more of the stunning pictures: http://www.vogue.it/en/uomo-vogue/cover-story/2014/10/nicki-minaj#ad-image 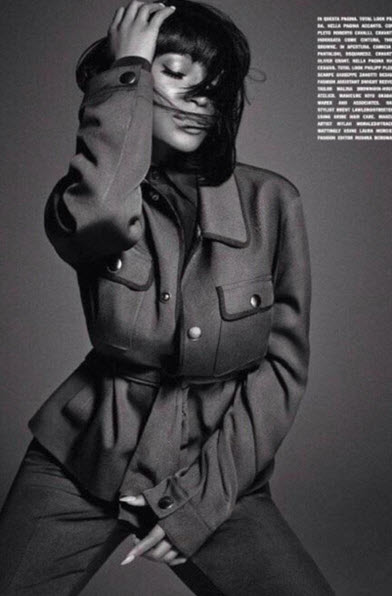 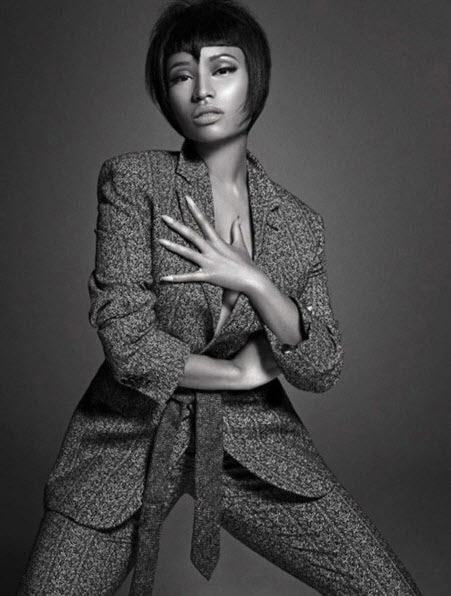 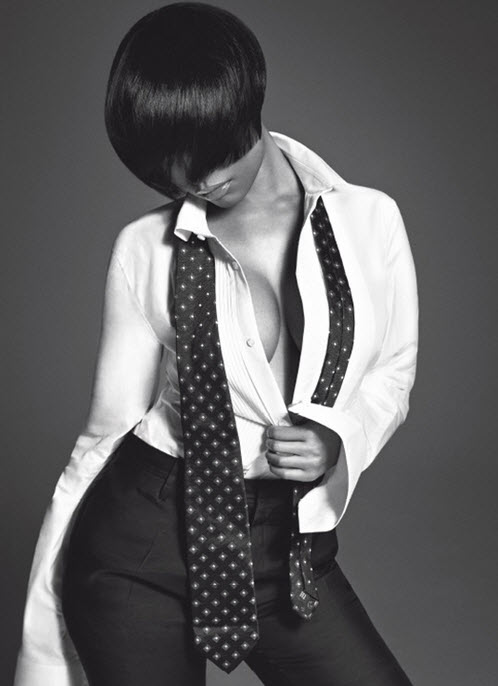 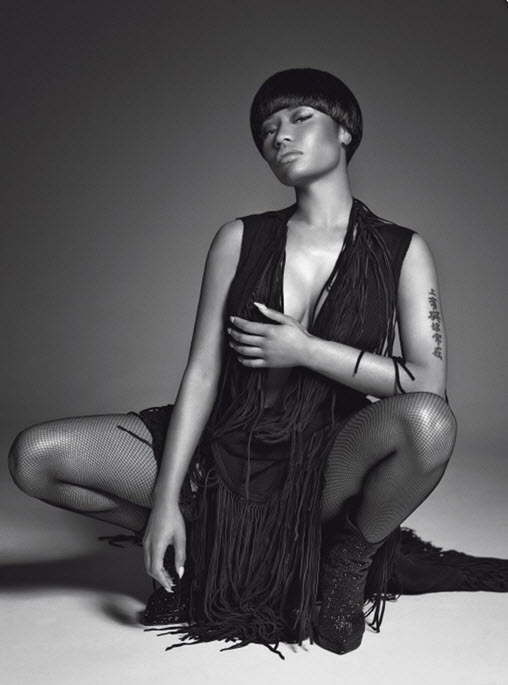