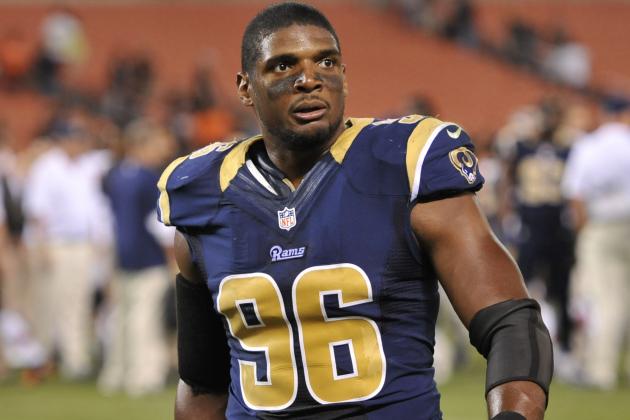 NFL defensive end Michael Sam will be competing on Season 20 of ABC’s “Dancing With the Stars.” Eleven of the twelve contestants (the 12th will be confirmed at a later date) were announced on “Good Morning America” Tuesday. Sam, 25, became the first openly gay player to be drafted last year when the St. Louis Rams selected him out of Missouri with the 249th overall pick in the seventh round.
This season’s celebrity list includes: R&B/Soul legend Patti LaBelle, Noah Galloway, Shark Tankâ€˜s Robert Herjavec, Olympic gold medalist Nastia Liukin, R5 singer Riker Lynch, Carl’s Jr.’s model Charlotte McKinney, LMFAO’s Red Foo, The Hunger Games’ Willow Shields, Suzanne Somers and Rumer Willis. Sam, who was cut from the Dallas Cowboys’ practice squad back in October, says his participation in the show does not mean he’s giving up on his NFL dream. He will be taking some time off in March to be a part of the NFL’s first-ever veteran scouting combine. Football remains my unquestioned number one priority, however, while I continue to train and stay ready,” Sam tweeted Tuesday after he was announced as a contestant on the ABC show earlier this week. “… Filming this off-season is very flexible and allows me to be part of the veterans combine 3/22 if accepted or any other workouts.” Sam is set to learn the tango with veteran pro Peta Murgatroyd, and is more than ready to duke it out for the coveted Mirror Ball trophy. But the seventh round draft pick faces stiff competition, as five-time champ Derek Hough will make his highly anticipated return this season.
Here are the other celebrity-pro pairs for Season 20:
Patti LaBelle with Artem Chigvintsev
Redfoo with Emma Slater
Rumer Willis with Valentin Chmerkovskiy
Riker Lynch with Allison Holker
Suzanne Somers with Tony Dovolani
Willow Shields with Mark Ballas
Robert Herjavec with Kym Johnson
Nastia Liukin with Derek Hough
Noah Galloway with Sharna Burgess

The new season will be premiering on March 16.