Hello Bronze Beautiesâ€¦ I trust you have been groovin since my last music review. Thank you to those that hit me up in my social media @ameliaismore and told me that they liked my choices and asking for more. Well ask an you shall receive. Here are some new artists and tunes for your playlistâ€¦

My first pick is a New York native who is Brooklyn born and bred. It’s a wonder where he got all his soul. If you didn’t know better you would say he jammed with the Motown house band or was in the studio for any of Stax Records sessions. Johnny Burgos is a name and artist who is not going to go away. Instead like his music I believe his musical career will last the test of time. His good feeling music uplifts your soul with songs like, “Hot Flash” yet at the same makes you chill with your favorite glass of wine and unwind with songs; “Wild About You” and “Only One.” Â I have to confess being the hip hop head that I am, one of my personal favorites is his cover mashup of the Isley Brothers and Biggie Smalls called; “Between the Sheets” Yet “Closer “displays his true talent. It’s a cover of The Chainsmokers song , “Closer” updated and reinterpreted in true Johnny swag. As a solo artist, Johnny possesses a raw uncompromising sound rooted in soul, revealing beauty from pain, hope from despair and the will to keep fighting. With influences such as Michael Jackson, Erykah Badu, J Dilla, and D’Angelo, his music draws upon the core principles of R&B Soul, while encompassing elements of pop, hip hop, reggae, and salsa. You want to hear more go hereâ€¦ https://soundcloud.com/johnnyburgosnyc or press play.

Next up is a Canadian who is a little bit of country with a bluegrass feel that if you didn’t know better you would think she came from the Mid West of the good â€˜ol USA. Her influences are Janis Joplin, Ottis Redding and Etta James and their influence can be heard in each of her original compositions. Who is this voice that has a sound all her own? Chrystyna Marie! A dedicated independent artist she spent that last three years working construction 7 days a week living in the fields of North Dakota and the forests of PA to afford studio time to record her music on her own terms. A consummate professional within the music industry Chrystyna has sung background, performed in music videos, television commercials and also sang lead in a LA pop group named; Greencat. When asked what music means to her she will quickly reply; ” Breath is life, and life is music.” Her new project “Life” is a heartfelt perspective of one woman and her journey as she discovers and experiences life. One song that is a good reflection of that journey is. “Mama’s Blues” The music industry is a mixture of who you know and what you know. Â Yet what you will know about Chrystna Marie is that she is doing her thing, her way, independently, dancing to the drum of your own beat. 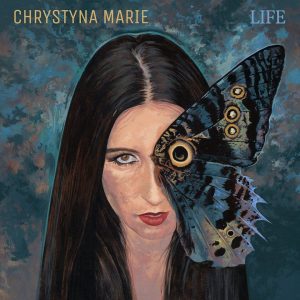 No matter how dark the cloud there is always a silver lining. Jay Hunna’s new album “Better Days” was inspired by the tragic death of his cousin Sandra Bland. Yes, the very same woman who sparked nationwide attention in July 2015. Jay Hunna takes the essence of the boom bap of hip hop adding melodic singing hooks makes your listening pleasure a full play instead of a skip. Â His first single; “Good Ol Days” brings us back and defines the essence of good music. Naming some of my favorite artists and how their music reminds him of the good ol music in hip hop. Hailing from the south side of Chicago Jay Hunna explains; “Good music translates in all languages. It creates a feeling of happiness and joy in most people, so I just want to reach every language and give them that experience”. Although Sandra Bland is no longer with us she will live in his music because she closes out the album on the track entitled “Land Of The Free”. Here is a sample of what is to come …