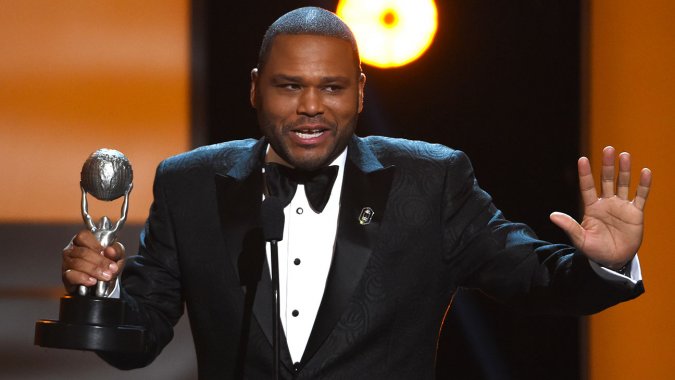 The NAACP Image Awards celebrates achievements of people of color in film, television, literature and music with Selma and Black-ish as the big winners of the night. It aired on Friday, February 6, 2015. The awards ceremony was held at the Pasadena Civic Auditorium in Pasadena, California. The show was hosted by Anthony Anderson, who kicked off the night with a rousing riff on Mark Ronson and Bruno Mars’ “Uptown Funk” that included a Hallelujah shout out to his “Black-ish” co-star Tracee Ellis Ross. The duo would unite onstage early and often in the evening, first when Ross presented Anderson the award for Outstanding Actor in a Comedy Series. Ross received the award for Outstanding Actress in a Comedy Series later in the ceremony, and the two were reunited to accept the Image Award for Outstanding Comedy Series for “Black-ish.” “How to Get Away with Murder” won for Outstanding Drama Series, and star Viola Davis won for Outstanding Actress in a Drama Series. Shemar Moore received recognition for his role in CBS’ “Criminal Minds” as well, winning Outstanding Actor in a Drama Series. The network recognition didn’t stop there; 45 awards were announced at that evening’s gala, with five more awards for the ABC series and one for NBC’s “Parks and Rec.” Meanwhile, “Blackish” swept the television categories, taking home all the top honors for comedy series, beating out shows like “Orange is the New Black” and “House of Lies.” 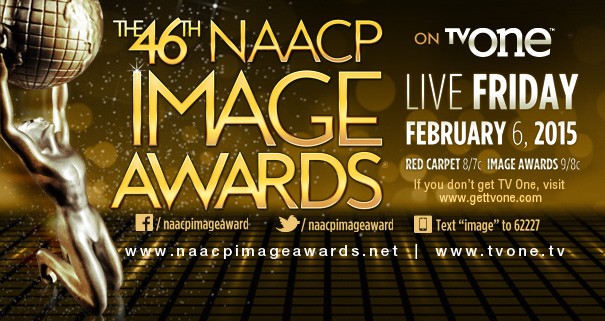 The NAACP presented three activists and media figures with honorary awards, including: Attorney General Eric Holder, who received the Chairman’s Award, chosen by chairman of the NAACP national board of directors, Roslyn M. Brock. Record producer and industry executive Clive Davis received the Vanguard Award. In the wake of its Oscar snubs, “Selma” proved to be another celebrated winner at the Image Awards, winning both Outstanding Actor in a Motion Picture for David Oyelowo and Outstanding Motion Picture. Pharrell nabbed the award for Outstanding Male Artist, while BeyoncÃ© won for Outstanding Female Artist. John Legend received an award for Outstanding Music Video for â€˜You & I (Nobody in the World).’ Other winners include Sam Smith and Mary J. Blige for their Rodney Jerkins remix of â€˜Stay With Me.’ Alicia Keys won for Outstanding Song for her charitable tune, â€˜We Are Here.’ Finally, the Queen of Soul nabbed the Outstanding Album trophy for her compilation, â€˜Aretha Franklin Sings the Great Diva Classics.’
Along with celebrating some extraordinary works of art, the NAACP Image Awards also addressed some of the heartbreaking social issues that continue to occur, including the controversial deaths of Eric Garner and Mike Brown. Selma director Ava DuVernay took the stage to introduce a touching montage showing the emotional response expressed by people all over the nation following these tragic events. Spike Lee received the NAACP President’s Award, chosen by NAACP President and CEO Cornell William Brooks. Finally, the NAACP honored Taraji P. Henson with its Entertainer of the Year Award, capping off a spectacular year for Henson that included one of the leads in “No Good Deed,” for which she received an Image Award for Outstanding Actress in a Motion Picture, and a starring role in Fox’s breakout drama “Empire.”