Recently I attended the annual National Association of Black Journalists (NABJ)/ National Association of Hispanic Journalists (NAHJ) Joint Convention in Washington D.C. NABJ and NAHJ are sister organizations that provide professional development to students, graduates, aspiring journalists, and media professionals to ensure that minorities are represented in newsrooms. The Joint Convention was filled with valuable workshops, networking opportunities, and panel discussions. Broadcast stations and publishing companies were there to meet, greet, and assist current and future journalists of color.

While visiting D.C., I got the chance to see the White House, build a stronger bond with my school chapter of NABJ, attend exclusive movie screenings and events, and get some useful tips on how to improve my resume. It was an amazing experience meeting accomplished writers, producers, editors, publicists, and filmmakers. Some public figures who attended the NABJ/NAHJ Joint Convention included Roland Martin, Jackie Long, Sanaa Lathan, Debra Lee, Hilary Clinton, Reverend Run, and Hill Harper. I will admit, I felt a little unprepared when I saw the number of NABJ-NAHJ members promoting their personal brands like pros with business cards and clips of their work ready to show. Several copies of my resume was not enough to stand out from the highly qualified candidates that were in attendance. None-the-less, it was a learning experience on how to better prepare myself for the next convention. After all, how can you learn if you don’t make mistakes, right? 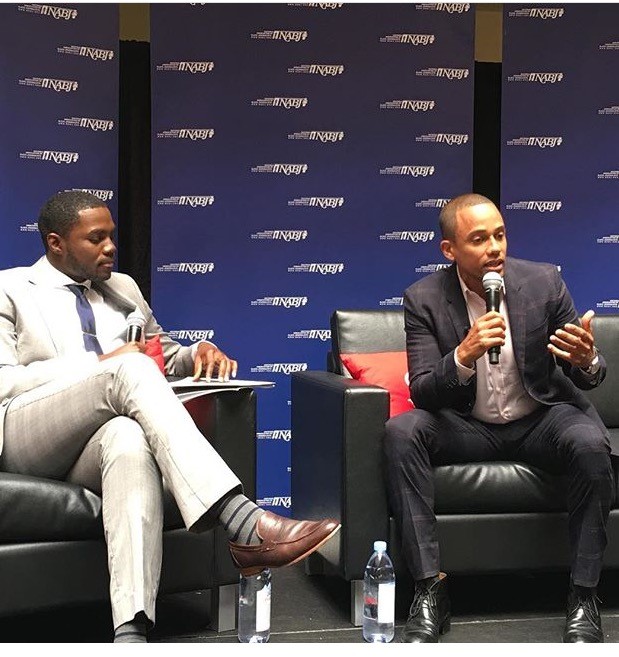 The downside to this lack of preparation is there will never be a second opportunity to make a good first impression. While some industry experts were impressed with my elevator pitch and the few clips I did have, I could certainly tell there were a few who only looked at me as just another inexperienced, college student. I found myself discouraged and disappointed when I expressed to employers’ high interest in possibly working for their companies after completing my B.A. next year, but was recommended to apply for an internship instead. I didn’t understand how with three internships already on my resume and active involvement in school activities for the past year, how I was not a shoe in for a future career with some of the top media companies. What I soon realized was it was not my level of experience that didn’t measure up; The problem was I was going about networking the wrong way.

When it comes to finding opportunities or landing your dream job, networking is absolutely necessary! Networking is about establishing and maintaining relationships through professional and social contacts. It is an ongoing process that should never stop, even if you’re already employed. According to Linkedin.com, 85% of all jobs are acquired via networking and referrals. In another study done by Crossroads Career Network, potential job candidates can increase their chances of getting hired by 4,200% simply by having a referral from someone in the company. This means that the vast majority of resumes submitted through online job postings will never get looked at or even mentioned. Ready to hear another secret? There are plenty of careers out there that don’t get posted online because employers create them for certain individuals. The best way to approach an unadvertised position is by offering to solve a problem for a company; Let them know you have something they need, but just don’t know it yet.

For some people, it may take some experimenting to find their best approach to networking and that’s perfectly fine. Networking does not only have to happen in professional settings. Networking can happen at your local Starbucks, the gym, during airplane rides, or even while walking your dog in Central Park. By networking in more casual settings like these, it takes some of the pressure off of having to live up to someone else’s expectations. Networking via social media has also become increasingly popular over the years. Regardless of what setting you’re in, here are some tips to make your next networking opportunity a walk in the park (pun intended):