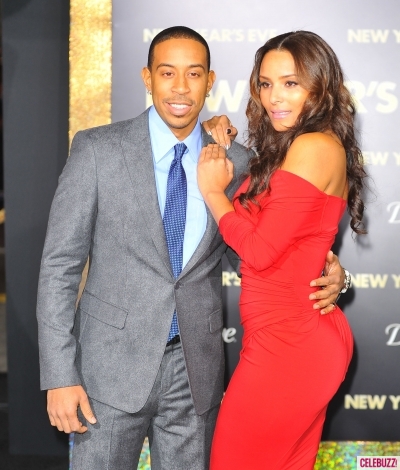 The rapper/actor/entrepreneur proposed to longtime girlfriend Eudoxie Agnan while the couple were vacationing with friends. They spent the Christmas holidays in Costa Rica with R&B singer Monica, (who’s also Ludacris’ cousin) Shannon Brown, LeToya Luckett, music producer Jo Blaq, race car driver Marco Andretti and model/reality star Marta Krupa. Ludacris made the ultimate grand gesture by arranging to have “Eudoxie will you marry me,” written on a marbled backdrop. It wasn’t until after their private jet took off that Eudoxie finally took notice of the message on the ground below. He shared the big moment with fans on Instagram as it happened. According to him, her response was not just yes, but “HELL YES!” Sigh. Congratulations to the happy couple! 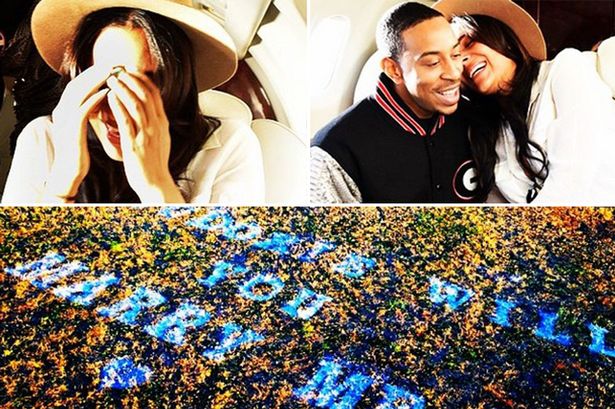 Besides releasing eight successful rap albums and acting in numerous movies and television shows, Ludacris is also the co-founder of his own record label, Disturbing tha Peace, an imprint distributed by Def Jam Recordings. He has won a Screen Actors Guild, Critic’s Choice, MTV, and three Grammy Awards during his career. Ludacris has two daughters (Karma Bridges and Cai Bella Bridges) from previous relationships. Also a philanthropist, he started the Ludacris Foundation in 2001. The aim of the foundation is to inspire young people through education and memorable experiences. The focus is what Ludacris calls the “3Ls”: Leadership and Education, Living Healthy Lifestyles, and LudaCares.