Love Is More Than Just A Four-Letter Word 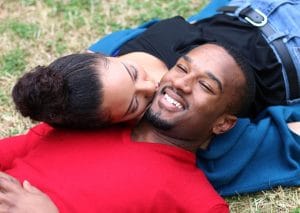 Love, there’s so many things that I have to tell.Â I hope that you’re down to listen. In today’s society, the wordÂ loveÂ is touted around like a prized pig as if it were the last girl left in the bar ready to go. Love is treated like a moose’s head that a skilled hunter has so deliberately collected to mount above the mantelpiece in his log cabin.

Today, we live in a world where love does not and is not expected to conquer all. Tragically, love, or the idea of it, has been reduced and lessened to a casual exchange of a four-letter word between two people who are just trying to appease one another in the moment. Many individuals neglect to acknowledge the heavy responsibility of what that word represents and the actions that are expected to soon follow.

However, I do believe that women get stuck with the brunt of the responsibility. While in a relationship, we are expected to remain fiercely loyal throughout any situation that may arise. Be it high peaks or low valleys, most men anticipate their woman’s strength and faith to be unwavering through whatever obstacle that the woman is put through by him or the relationship. Women are always just expected to BE THERE!

Often times, many people and many couples lose sight of what love represents. Love is a gift and not an obligation. Love renders hope and erases fear. Love is a word of action and it never fails. Love will never require what it does not give in return. Unfortunately, a lot of relationships or situation-ships these days lack reciprocity. This means that the love given or received is often lopsided. Most women tend to put up with this type of behavior and live this kind of existence out of fear of being alone. Ironically, they are already technically alone in their relationship.

Speaking from personal experience, I too have been guilty of staying in a relationship where I was constantly the giver of any emotional support or stimulation, and my significant other was the receiver. My outward expression of love and affection didn’t make “my boo” love me any more than I had originally hoped. At best, all of my efforts just made him greedier and more expectant of the behavior that I exhibited throughout our time together. I’ve made the mistake of thinking that the harder I tried or the more selfless I became that eventually the love I gave would be reciprocated. Unfortunately, this was not the case. 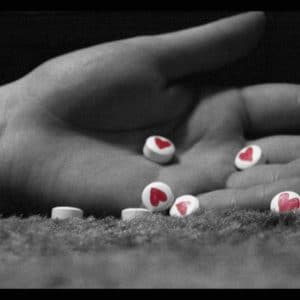 Love needs no encouragement. It doesn’t need a pat on the back. It is not the little engine that could. It either is or it isn’t, and I’m saddened that it took me so long to come to that conclusion. Some people would argue that it is human nature to be selfish. As long as something is personally beneficial then why change it? Of course, the aforementioned is everything that love does not represent. Sadly, most things that were historically sacred and revered have been reduced to being casual, typical and not a big deal.

No longer is love honored, appreciated or protected. It has now become robotic, systematic and just par for the course. We live in a world today where unconditional love has become a dying species. I guess the million-dollar question would be, how can love be renewed and restored in such a way that it can be embodied, personified and representative of a healthy relationship?

My advice to men and women would be to allow things to flow naturally and organically. Whatever develops between two individuals, whether it’s a friendship or relationship, is always best when it comes from a place of authenticity. I believe that when things are forced that one runs the risk of whatever relationship they find themselves in as being fraudulent. Men are notorious for telling women things that they think their woman wants to hear, and you don’t want to be the woman whose man professes his “fake love” to just because he knows that you’re thirsty to hear it.

I am a huge advocate of self-love. Self-love is the most important love. When people notice that you lack love for yourself, then they will never be able to love you in a proper way. And no woman or man wants to be anyone’s charity case. Finding love or being in a loving relationship can sometimes feel like Utopia, but the good news is that true love actually does exist.