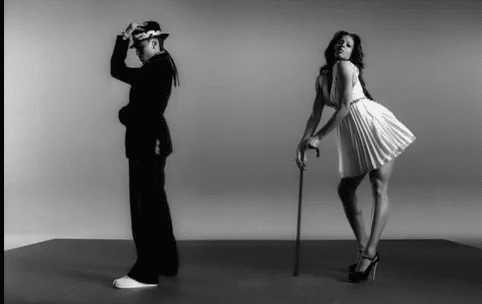 With the end of the year approaching, men still haven’t failed to amaze us in the act of infidelity, which continues to push women further away from wanting to be in committed relationships. In September, comedian and actor Kevin Hart appeared to have admitted to cheating on his pregnant wife Eniko Hart, which lead us to believe that no matter what women go through to raise our families, we are still likely to get cheated on by our significant others.

According to the Associated Press and the Journal of Marital and Family Therapy, researchers stated that 22% of men said that they’ve cheated on their significant other. They also stated that 14% of women admitted to cheating on their other half and that these percentages are increasing to this day! Although men are more likely to cheat than women, let’s not forget that we are equally capable of committing the crime, even though most of us choose not to (And that’s not including the women that decide not to tell you if they cheated).

Whether you have the same distraught attitude as singer Keyshia Cole’s, “I Should Have Cheated” song, where she was the only one faithful in the relationship and wished that she could’ve cheated like he did. Or if you are feeling apologetic in a rhythm and blues way likeÂ  singer Jazmine Sullivan’s “I’m in Love with Another Man,” where she expresses to her significant other that she is sorry because she is in love with someone else, here are some explanations of why women may cheat in a relationship and why we should no longer tolerate the act of being unfaithful to our partners.

A monogamous relationship traditionally involves the practice of being in a sexual relationship or marriage, one person at a time. Growing up as an only child until the age of 11, I often admired families on television shows that raised their children in a two-parent household. “The Fresh Prince of Bel-Air” was my all-time favorite comedy show because it showed how kids learned from Uncle Phil and Aunt Viv all under one roof. They portrayed a healthy and loving partnership that showed the audience an example of loyalty in a relationship. 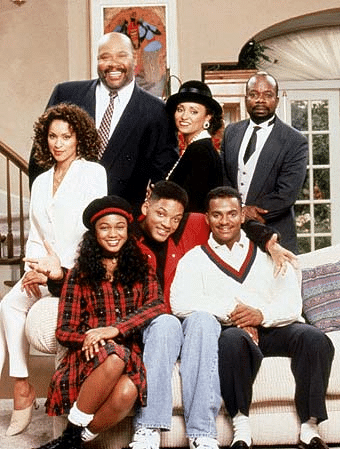 Another inspiring family show was Disney Channel’s “That’s So Raven.” Raven-Symone played a psychic teenager alongside her younger brother and were both raised by two black parents in their home. Their relationship was inspiring because they exemplified their love and support on how to raise a child together with psychic powers. However, in reality there are a high percentage of black children that only live with their single black parent. On Census Bureau, researchers found that according to data, while 74.3 % of all white children under the age of 18 live with both parents, only 38.7 % of African-American children live in a two-parent household.

Growing up with a young single black mother in a congested two-bedroom apartment, I would ask my mom why we weren’t as happy as the families on T.V. Back then my mother would say, “ Because chivalry is dead! Men think that they can cheat on you, treat you any way, and that women will put up with it quietly. Not I. It is only a matter of time until women believe in reciprocity.” But what my mother didn’t realize was that for hundreds of years women have been breaking traditions just as much as men have. In the 1850 novel, “The Scarlet Letter: A Romance,” A woman named Hester Prynne conceived a child through a secret affair. During that time, having an affair was illegal. After refusing to name who her child’s father was, Hester was sentenced to wear a scarlet “A” for adultery on the front of her dress for the rest of her life as punishment. This is still relevant in today’s society since women who have multiple sexual partners tend to be labeled as “hoes” or “promiscuous.” As a result, some men view such women as less valuable, while men on the other hand are considered “macho” for their promiscuous actions. When do women get the “hall pass” that says we are given permission to break the rules and not be judged for it? For example, in the 2011 movie, Hall Pass, two wives grant their husbands a week off to do whatever they please to revive their marriages, no questions asked. But what the men do not realize is that the pass was used for the women as well. 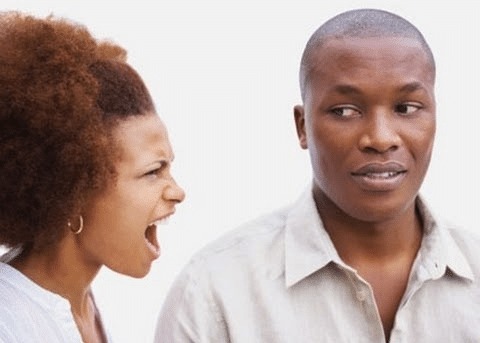 Are You Happy With Yourself? Hello Sugar Daddy:

I quickly learned that although T.V. shows inspired me, they weren’t the reality. The difference between television moms and real moms is that shows featuring television moms don’t always depict the real life, day to day struggles and issues that real mothers face. Mothers are typically responsible for being the nurturer of the household. She is the caretaker and provider; the one that children and spouses depend on. At times mothers tend to forget their own value and worth. They are individuals with their own minds and deserve to be treated with respect just as much as everyone else in the home. Because moms may not receive the attention they deserve, they may decide to look somewhere else for it. Whether you have knowledge that your significant other is cheating or he is not providing in the home, a “sugar daddy” may come into play. This isn’t something all woman do, but when they are unhappy in the home or are not feeling appreciated, it could certainly be one of the alternatives that they may look towards for an escape. 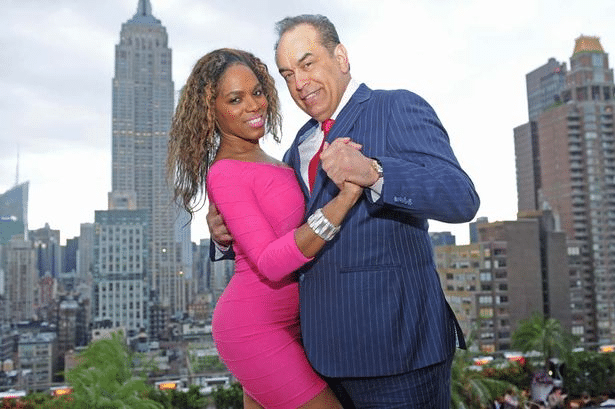 The sugar daddy term comes from older men that enjoy lavishing money and gifts on a woman in return for her company or sexual wishes. However, you may want to think twice before following the act of finding one. For example, in the 2014 movie Sugar Daddies, a young college student falls into the trap of believing that being an escort to a much older businessman and allowing him to cater to her financial needs could last forever without any repercussions. 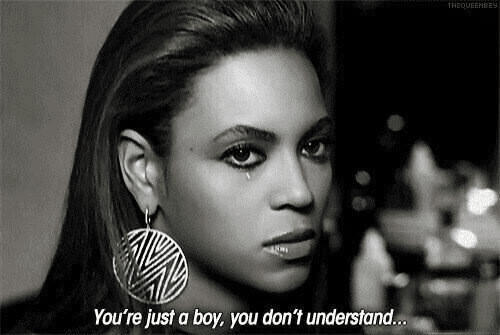 Beyonce’s song, “If I Were a Boy,” is about a gender-swapping thought experiment where the singer thinks about things she would do if she were the male in her relationship. In the third verse she sings, “ If I were a boy, I would turn off my phone and tell everyone it’s broken so they’d think that I was sleeping alone.” This reminds me of a time back in college, when I was dating a guy for nearly a year and believed that I could trust him. It was a Saturday night and I wanted to hang out with him so I called him to see where he was. He sounded all flustered when I asked where he was and if I could come over. He rushed me off the phone,Â  mentioning that he was at his cousin’s crib and that they were going to play video games and then head to sleep afterwards. Trusting my gut feeling, I felt like something wasn’t right and called up my girls. We drove to his cousin’s house unannounced, only to find they were having a bonfire with four other females in the backyard. I spazzed out on him and everyone else in that backyard. Needless to say, it didn’t go well. The next day when I tried to confront him, he looked at me like I was insane for pulling up on him the other night. If I knew that he had nothing to hide, I wouldn’t have showed up in the first place. But if I didn’t trust my instincts and ignored the signs, I could only imagine how much longer I would be in a toxic relationship full of lies. This also relates to “If I Were a Boy” because at the end of the video, Beyonce’s husband confronts her and says, “When you act like that, I don’t think you realize how it makes me look or feel.” Beyonce then responds in a nonchalant tone, “Why are you so jealous? It’s not like I’m sleeping with the guy.” Then the roles become reversed to what they truly are, showing that Beyonce is the one actually crying while her husband is the one questioning her jealousy. Men often take women for granted in relationships, which tempts us to look for love elsewhere. In my Ciara voice from her “Like a Boy” track I say, “Ladies, I think it’s time to switch roles!” In “Like a Boy,” Ciara sings about what a relationship would be like if men and women switched roles. As if it were that easy. 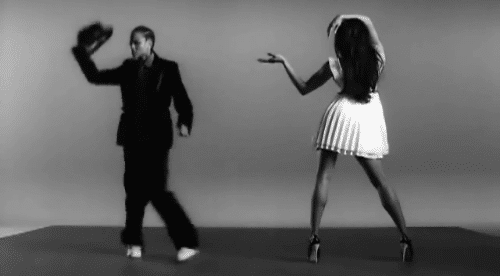 Is It Really Worth it?:

As women we are only human. We may flirt with a guy, like his picture on social media, or maybe even accept a free coffee from a co-worker we’ve been crushing on. Most of the time women would rather not cheat because we know it messes up a happy home, yet some of us may do it out of spite for getting cheated on. Infidelity statistics say that although 9% of men admit to having an affair to get back at their spouse, 14% of women also have an affair to get back at their spouses. In reality, it is just not worth it to cheat on your significant other in the first place. If you want to cheat: just be single, the door is always open. Cheating causes emotional damage to a person that will affect them in future relationships.

As women, we often put up with infidelity because we prefer love over lust any day. In today’s generation, we understand that we are more than capable of cheating and getting away with it but choose not to, nor should we put up with it any longer. We need to realize that if the man cheats, it is not our fault. There is nothing wrong with us as individuals and we shouldn’t question ourselves as to what we could have done differently in the relationship. It is important that we know our worth, to never settle, and to realize when enough is enough. Bob Marley said it best, “The truth is, everyone is going to hurt you. You just got to find the ones worth suffering for.”

Women are that powerful; the more we realize we can be happy with him, we can be just as happy without him. It is just not worth it to cheat or be cheated on. So instead of tolerating it and telling yourself, “Boys will be boys,” tell him, “BOY BYE!” 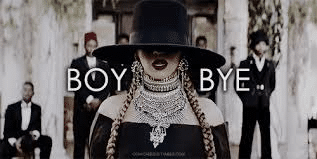