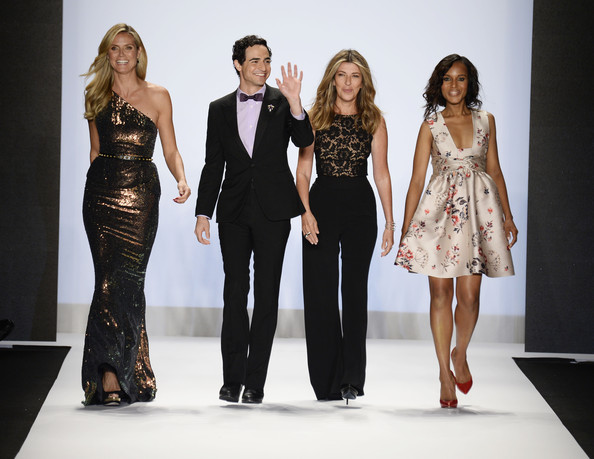 Project Runway is looking for a scandalous finale for its 12th season finisher. For the Season Finale the hit show once again headed to MBFW in New York City at Lincoln Center for the Project Runaway Spring 2014 Finale taping with a surprise guest judge in tow in the form of Kerry Washington, the star of the hit ABC drama Scandal. The actress donned a floral number from the Stella McCartney 2014 Resort Collection. She was accompanied by Project Runway vets including judges Nina Garcia, designer Zac Posen, host Tim Gunn, and show’s host and judge supermodel Heidi Klum. You can catch the airing of the finale October 14th and can also see more of Kerry Washington on the season 3 premiere of Scandal October 3rd. 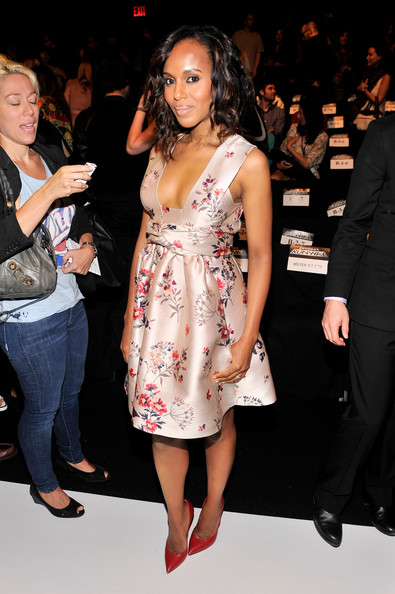