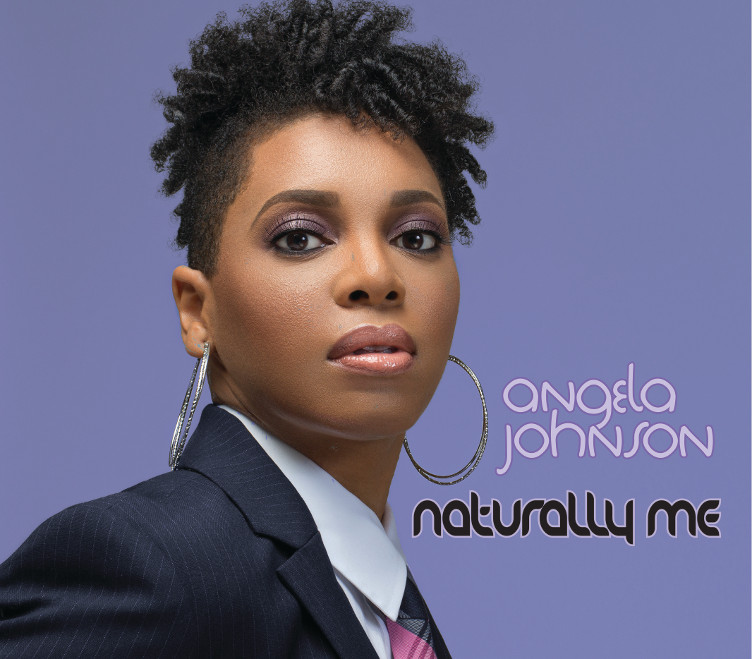 Purpose Music Group LLC (Purpose Records), an all encompassing, full service, music-based content, entertainment company is a family; a group whose musical focus is to create music that has meaning. PMG is a group of people that cares about the quality of music and its message. Music that allows everyone toÂ listen. Music that can make people think and talk about subjects that are addressed in the mastery ofÂ music. Succinctly, PMG represents music that is not necessarily breaking any ground with anything different or new; yet one of PMG’s signature artists, singer/songwriter/producer and multi-instrumentalist Angela Johnson sometimes feels as if theyÂ are going against the grain when it comes to the standards that are present in the music industry of today.

Lots of times when people have good intentions they talk about how their challenges are greater. AngelaÂ mentioned how she has put blood, sweat and tears into her new album. Her concentration onÂ  finding her own musical sound and creating an album that has a message for all found her closing out the world to find her own. She explained that even the physical aspect of just working in the studio everyday by herself was a challenge.

“As a female in this business you are constantly undervalued and underestimated as far as what you can do, so I felt that I had to prove myself 10 times more than my fellow brother.Â  That puts a lot of stress on the creative process,” Angela confesses. She enjoys what she does and had to get through the challenges of doing her album by herself, even though there were others around her supporting her endeavor. She explains, “The timing to schedule other producers and writers on this project didn’t work out as desired, so this project is unique in thatÂ I wrote, arranged, performed and produced this album. It was a lot of hats to wear.”

Another aspect of this woman with a purpose is how she manages her personal and professional life. Although she’s a creative, Angela’s husband Russell is her co-manager as well as co-owner of the record label.Â  Although her husband looks at it as a singular relationship, Angela explains it as two different relationships; the business and then the personal. So for her as an artist, there are times the two may not see eye to eye because he is the manager and the label. As a result, Angela is constantly having to find her way to have her own voice or make her imprint on the career and sound she calls her own. Her resolution is to stay true to herself. That goal is very important to her. She feels that if she doesn’t stay true to herself she won’t be true to her art. Her method to achieve that goal is to forget about everything else that is around her. Â The remedy isÂ being true to herself and putting out honest music. She believes that people can hear that in your music. Angela’s sense of musical accomplishment is when people who listen to her music feel her honesty.

Angela’s music is similar to what is out in the marketplace, yet at the same time, has a vibe of individuality that has her stand alone. Her musical influences are from the 60’s, 70’s and 80’s. Â She captures the essence of soul music while being herself; giving you the feel, the sound and the voice that fills a room,Â  but not trying to be or imitate other artists like Anita Baker, Chaka Kahn or Aretha Franklin.Â  A triple threat- singing, writing and producing, Angela explained the challenge and the importance of support that enables her to remain critical of her music.Â  Her managers Russell Johnson (husband) and George Littlejohn help her with their input and critique.Â  Their feedback, she explained, is valuable to assist her with the tools to keep her music as pure and on point as possible. In addition to management, Angela also credits her friends who are in the industry. Â From time to time she wouldÂ Â let them hear some of her music to see what they had to say and what input they could provide to make her music better. Being in the business for many years, Angela had a lot of draw from her own experiences to create the songs for this album.Â  Although she has created a lot of songs for radio and understands the commercial sound, Angela didn’t really want to make this album ready for the radio friendly people. SinceÂ her first album in 2001 she has always been giving her audience a little bit of herself; however, she tells Bronze Magazine that in this album she decided to give it her all and put it all out there for her audience to hear and hopefully enjoy. This time she wanted her audience to interpret her being naturally herself and that is why she named the album “Naturally Me.”

This album brings back the days of songs for which you can press play and it speaks to you as well as for you; and after the song is done, you can talk about it with whomever you asked to listen. Instead of songs that fit in the playlist, this album has songs that will start the playlist. Program directors will be challenged to find more good music to match the standard ofÂ  Angela’s songs and sound. Â Angela explains, “Purpose Music lets you understand that there is so much delicious music in the marketplace that it’s time to let the people tell the stations what they want to hear, instead of the same five songs all day long.”

A global citizen of music, Angela has collaborated with artists from Japan and the UK. Her music is also well known all around the world in places such as Brazil, South Africa and Australia. Her intention is to make her music universal.Â  Music that moves your soul, which is her definition of soul music; it doesn’t just mean black music. Angela’s musical purposeÂ in her words is to “Let the audience’sÂ musical choices make the musician a celebrity; not because you saw them on TV or because they have a reality show.Â  Instead, allow music to beÂ able to be played on TV, radio, and everywhere you wantÂ  to listen to music.”

Angela’s choice to be an independent artist is all about freedom. The freedom to choose your own direction, art work, designs, etc.Â  Although, there are challenges to being an independent artist, such as using your own money and working harder to achieve the same goal. Â None of Angela’s records in the past have taken such political views like “Naturally Me,”Â  another beautiful thing about being independent. Â All of the album was thought out and intentional. Â Creatively expressive by choice, songs like “Black Boy” came from Angela wanting to say her true feelings on a subject matter that’s surrounding us everyday. Today she feels that she has grown and there are topics that she should have spoken on. Â Now, Angela is taking the position ofÂ let’s talk about it. “Black Boy” is Billy Holiday’s Strange Fruit of today.

Some of the other recordings such as “I Promise aka M.O.N.E.Y,” is an anthem for middle America. The song delves into the philosophy by using the law of attraction- that you have to be a magnet to money in order to attract it; sometimes allowing good situationsÂ to happen and come to you instead of being stressed in trying to find it. Another song that stood out was “Hands,”Â  a wonderful song that talks about Angela’s relationship with her husband and taking love to the next level. One of Angela’s personal favorites was her remake ofÂ  Teena Marie’s “Deja Vu.” Â Finding out that Rick James actually wrote that song for Teena made it Angela’s tribute to the both of them. Another song, “He Saw Love In Me” is for the single ladies, giving them a different direction or perspective on getting Mr. Right. This song is to let women know that you have to love yourself first in order to attract that man, so that you can show him the way that you want to be loved. Angela explained “He Saw Love In Me” is him seeing the love you have for yourself and the self respect that is unfortunately lacking in the world today.” Â She feels it’s unfortunate that our young girls feel that they have to strip down or talk a certain way to find love. The final song Angela mentioned entitled “A Beautiful Place” was the last song she recorded, and it was because in completing the album she was in a beautiful place of being able to overcome and complete her project. Â “A Beautiful Place” is about being able to create a beautiful place within your space to get away and escape from everything so that you can remain sane and have your peace to strengthen your ability to take on the challenges of your day,” states Angela.

The album is real music from a real woman speaking on real issues that we all experience everyday. It’s also a musical experience that enables you to discover you. Angela Johnson is happy. Â “Naturally Me” Â is her opportunity to exude the goodness and godliness within her and share it with everyone else. ENJOY!

“Naturally Me” can be found on iTunes at https://itunes.apple.com/us/album/naturally-me/id899344125