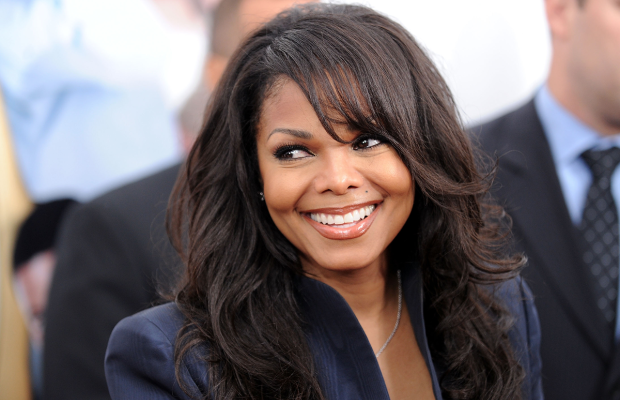 R&B/Pop icon Janet Jackson made a major musical announcement on her 49th birthday on Saturday, May 16. Jackson revealed to fans that she would end their seven-year wait for new music by releasing a new record and embarking on a world tour in 2015. The exciting news came via a video she tweeted out to her three million followers with the hashtag #ConversationsInACafe, the album’s presumed title. The six-time Grammy winner’s tenth studio album “Discipline,” was released in February 2008, opening at number one (and she last toured in 2011). “I promised you’d hear it from my lips and now you will,” Jackson stated in the voice-over of the 50-second video, filmed in what appears to be a recording studio. “This year, new music, new world tour, a new movement. I’ve been listening. Let’s keep the conversation going.” Her opening line was a reference to an August 2014 tweet from the singer where she gave assurance that, “If there is a new project, you’ll hear it from my lips.”

According to Entertainment Weekly, the announcement happened just days after a leaked record store release calendar supposedly disclosed that a still-untitled new Janet Jackson album would come out on July 10th. It was also confirmed from vocal producer and engineer Ian Cross. Cross worked on Jackson’s last three studio albums, and in a new interview, he opened up about the collaboration, saying, “The new album is going to be great. It’s a process. There’s a lot in store, yet to come. I can’t go into too many details but I think Janet Jackson fans are going to be very excited about the new album, and I think people who don’t know her as fans are going to be excited about it too.”

It is unknown at the moment which record label the album will be released under, or if she plans on doing it independently. Her older brother, the legendary King of Pop Michael Jackson, died in 2009. She had a lead role the following year in Tyler Perry’s “Why Did I Get Married Too?” and in 2012 married her third husband, Qatari billionaire Wissam Al Mana. No release dates for the new album or upcoming tour are announced in the video, though Spotify does list a July 28 tour date in Phoenix, AZ. Having sold over 140 million records worldwide, Jackson is ranked as one of the best-selling singers in the history of contemporary music. The Recording Industry Association of America (RIAA) lists her as the eleventh best-selling female artist in the United States, and has been cited as an inspiration among countless performers.