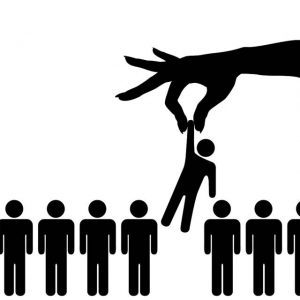 An issue is that thing in your life that causes controversy. It’s that thing that causes people toÂ brand you. It’s that thing that’s constantly under discussion, questioned, talked about and many of you have issues, too. Â Several have had children out of wedlock sitting right up in the church, which is an issue.Â  Some have children by more than one man, which is an issue.Â  Certain ones have held occupations as prostitutes and strippers, which is an issue.Â  A few of us have been drug dealers andÂ idol worshippers, which are all issues.Â  Many have been drug addicts and alcoholics, more issues.Â Others have been divorced, another issue.Â  More than a few have walked in lesbianism, which is anotherÂ issue.Â  Quite a few even have prison records, diseases and have even walked in witchcraft and have held positions as fortunetellers and psychics, which are more issues and you’re wondering how in the world can GOD use me with this past or present issue?Â  How in the world has GOD called me to His Kingdom with my issue when the church has deemed me not qualified, because of my issue?

But beloved GOD is not surprised, ashamed or caught off guard by your issue, nor did He consult man when He gave you your gift or called and elected you to be a first lady, pastor, preacher, teacher,Â prophetess and or an evangelist, because your issue isn’t greater than your call.Â  It isn’t greater than your gift. You were already chosen before the foundation of this world to do the work of the LORD in spite of your issue. In fact, your issue makes you even more attractive to GOD, becauseÂ HE deliberately selects men and women thatÂ  are overlooked, exploited, abused and labeled andÂ HE is known to chose the foolish things of the world to confound the wise (1 Corinthians 1:27-28)Â which is theÂ beauty of it all, because the very one that man looks down on and over is the very one that GOD looks down on and selects, because where man places an “X” GOD often places a check.

So don’t everÂ second guess your calling, because of your issues,Â because your issues don’tÂ disqualify the call that GOD has placed on your life, and trust and believe that HE will use every circumstance, everyÂ situation, every issue that you haveÂ to bring HIM GLORY. So the theÂ next time the enemy brings up your issue via man or your mind, you be sure to letÂ him know, “Yeah, I got issues, but I’m still CHOSEN AND HAND PICKED, because my issue isn’t an ISSUE for GOD!”