It Isn’t Them, It Really is Us 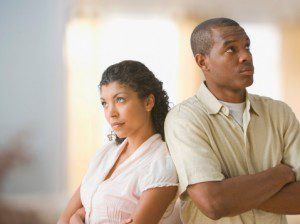 We’ve all heard the very clichÃ©d break-up term, “It isn’t you, it’s me.”Â  If it hasn’t been said directly to us at some point, we all know someone who has heard these words (or some quite similar).Â  The phrase has come to be the standard for people who want to extricate themselves from a dead-end relationship without hurting the other person’s feelings, or as an attempt to take personal responsibility for a love affair gone wrong.Â  Used by folks with the misguided belief that they are so stunningly overwhelming that they possess the ability to break another person’s ego or cause them irreparable harm if they fail to tread lightly on their fragile emotions.

I get it, though.Â  It is pleasing to human vanity to believe that we are at the epicenter of others’ actions and emotions and that it is because of us that they smile or frown, feel good or bad, happy or sad.Â  It somehow makes us feel powerful to believe that someone cares about us so much that their mental/emotional state is inextricably wrapped up in our approval, or is dependent on our willingness to reciprocate their feelings for us.Â  I say that it’s arrogant and downright delusional.Â  We all need to get over ourselves.

But specifically as it relates to men, there are thousands, if not millions of them out there; ill-informed and convinced of their specialness, power and allure and living in the story that the absence of their company would strike a devastating blow from which a woman may never fully recover. Â And even with all of the books, articles, blogs and roundtable discussions about relationships, there is still a crucial piece of information about break-ups that seems to be missing.Â  Perhaps it’s the truth.Â  And I don’t know who is being the most dishonest, or at a minimum, the least forthcoming.Â  It could be men, but maybe it’s us.Â  Maybe we are the liars.Â  Maybe we have helped to perpetuate the myth that in romantic relationships, men are the ones who mostly hold all of the emotional cards and that we as women don’t have the ability to let go without falling apart.Â  Maybe we have forgotten how truly powerful we are.Â  Maybe we just never knew.

Now, that isn’t to say that women are always on the receiving end of a break-up speech.Â  But I do believe that we have mostly gotten a bad rap when it comes to accepting one. As women dealing with a break-up, we should always remember that the object of our affection can only be king by the will of the governed.Â  The so-called power that they have over our emotions was granted by us, not taken by them.Â  The only power that they possess is that which we willingly choose to entrust to them; for a period that only we can determine-be it a day, a month, or a lifetime.

Understanding this allows us to put our emotional relationships within their proper context.Â  We are not at the whims of others.Â  We are always in control. Â So, it really isn’t them after all.Â  It’s always us. It’s always our choice. And isn’t that good to know?