Introducing: Jesse Owens, a Passionate New Poet with a Heartâ€¦ 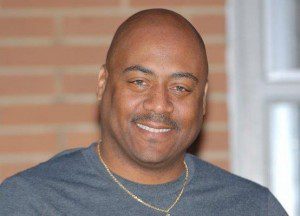 I am absolutely delighted and honored to introduce to some and present to others, the writings of my fellow college alum, Mr. Jesse Owens! Â Jesse is a father, an athlete, an engineer, and now an author. He has just released his first book,Â Chronicles of a Different State of Mind.Â  JesseÂ is also a contributing author to The Joy Magazine, sharing with us his poetry which exudes heartfelt words that reside in truth and honesty.
Jesse Owens, a native of Akron, Ohio, graduated from Central Hower High School. He has a degree in Engineering from Ohio University, where he earned a four year letter in football, including three All-Conference honors. The oldest son of the late Jesse and Barbara Owens, he writes about significant life events from a personal perspective that is introspective and heart reflective. His passion for creating solutions to problems encountered in today’s world is eloquently described in his writing. Jesse feels it is his destiny to impact the lives of young men, helping to mold the way they view life through his work.
Jesse also participates in various global charitable outreaches, including one which provides eye wear to the underprivileged around the world. Jesse is the proud father of three sons and resides in Columbus, Ohio. His free time is spent creating adventures to be enjoyed with family and friends. I had the pleasure of interviewing Jesse a few days ago!!
How long have you been writing? Where did the passion come from?
I’ve been writing creatively since I was in Jr. High.Â  I always had some silly rhyme that I wrote, but writing really didn’t come clear until my adulthood.Â  The passion came from significant events in my live or those events that I was exposed to.Â  I always wrote on birthdays and significant adore opportunities (Hallmark days… lol)Â  I wasn’t impressed with what I read in cards.Â  So words were just blessings that God created within me and they grew to stories that I wrote down on paper.Â  So many times I couldn’t capture it fast enough, because of meanings that had to be written down and made since of later.Â  I have come to understand my writing now and I passionately want others to lift the lid and allow them to see something else past what their previous experience allows them to see.
Tell us a little bit about how the eyewear philanthropy come about? Â What parts of the world have you visited for the purpose of this initiative?
One of the benefits of working for my current company for 12 years is the product.Â  It’s a medical device that enhances a person’s ability to see.Â  I didn’t really understand this because I never wore glasses to see.Â  You just can’t imagine the look on a persons face when they have told you that they have not been able to focus on an object that is only 1 foot in front of them.Â  Or they have their face 1 inch from a book because they don’t have the ability to buy a tool that enhances their sight.Â  I have enjoyed the ability to give back, and the reward I get from just their expression the first time they put on a pair of correction lenses absolutly pierces my heart.Â  I have participated inÂ  missions here in the US, Cleveland, Chicago, VA, Cincinnati, and internationally in South America.Â
What inspired you to focus on boys as an area that you wanted to help?
I am inspired to help with young males because I am an example of how the cycle can be broken.Â  We have a shortage of good male role models, evident from the % of incarcerated black males.Â  I have always enjoyed the youth, teaching and coaching.Â Â The greatestÂ compliment that I can overhearÂ isÂ  someone stating how a young man has taken the right direction.Â  If its just one at a time, we’re workingÂ towards progress.Â Â I wrote the poem titled, Another One Lost as My Heart Cried Out for this cause.Â
How has the passing of your father impacted your life and passions?
My Dad passed away aroundÂ 11 years ago.Â  My father was not always the person that he came to be in the adolecent part of my life.Â  He inspired me to over achieve because of the trials and limitations that was pressed upon him.Â  He was a hustler and achieved more than people would ever know with the skills he had.Â  My father always encouraged the youth to stretch and never give up.Â  That’s how he impacted me, to keep pushing and keep looking to the horizon to pull the next vison close.Â  He invested his time to tell the stories that I find myself sharing with my boys today on how to become a young man.Â  His level of transparency was for my good to understand where the pit falls were and how to avoid them.Â  He loved without saying he loved.Â  He fought to protect and made hard decisions when it came to his family.Â  He was my Father, My mentor, and my friend.Â  I miss him much because I want him to see how his legacy continues. 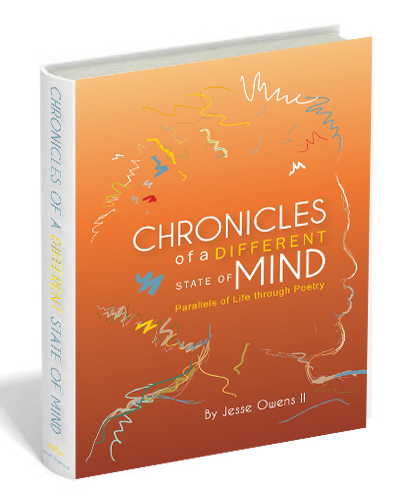 How did you come up with the title of your new book?
This book and the following are peaks into my personal life.Â  It’s really ironic because I’m a very private person. So instead of these stories residing in a “diary” or journaling notebooksÂ it is the chronology of my growth and experiences through seasons that I have been in.Â  So Chronicles will be the umbrella of all future books.
You can keep up with the latest on Jesse’s work at his blog:
http://chronicleofadifferentstateofmind.blogspot.com/
You can also follow him on Twitter:
https://twitter.com/Authorjowens
Click here to Purchase Chronicles!
https://www.createspace.com/4123787