Inclusion vs. Diversity in Hollywood 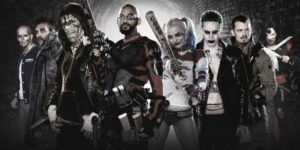 Suicide Squad is one of the most diverse superhero films in Hollywood.
Although this statement is objectively true, it feels weird to admit. That might be because the way Suicide Squad uses its diverse cast is a little off. Frankly, any character who isn’t Deadshot, the Joker, Harley Quinn or Rick Flag is present mostly to move the plot. Karen Fukuhara’s Katana is literally only there so that Quinn can use her soul-sucking sword to defeat the big bad [villain] in the end. While this has been a clichÃ© in Hollywood since its inception, it’s becoming more and more visible as of late. In a cast filled with minority and marginalized characters, the white leads get all the development, personality and attention. For actors like Viola Davis, the solution is to focus on inclusion rather than diversity. 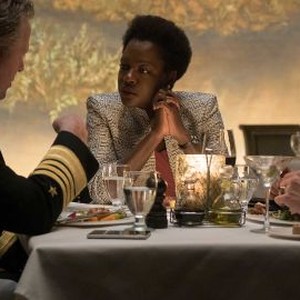 Most people wouldn’t consider diversity and inclusion to be synonymous. However, the differences between them have only just started to be understood as actors like Davis have critiqued the industry. When it comes to equal representation, diversity is what most people think of. Having a diverse cast is so important that it’s become a topic of grading for television and movies. But having a number of minority actors in a movie doesn’t mean that they will be important to the movie.
Suicide Squad is the perfect example. While it has more minority actors in lead roles than most other superhero movies, the characters don’t do much more than fight and die. For example, in an early scene, the squad’s Native American non-hero, Slipknot, is killed by Rick Flag. The purpose of the scene was to show that Flag is not a friend of the squad, however it’s largely unnecessary as that fact had been explained many times before. More than building a narrative, the scene serves to underline just how low the bar is for being a diverse piece of content.
Factually speaking, diversity is only step one of two in the journey to equal representation on film. According to T. Hudson Jordan, writing for the Profiles in Diversity Journal, Â diversity is the concept of being different. But inclusion is the practice of bringing together those differences.

It might be difficult to understand what it means to be included. The purpose of minority characters in fiction has historically been minimal, so when a role comes along that expands upon that it’s lauded as a game changing occurrence. In this case, Orange is the New Black comes to mind. Filled with wonderful and complex women of color, Orange is the New Black became popular for its diversity. However it also was under fire for centering white characters and denying its minority characters realistic portrayals.
For a minority character to truly be included, their life needs to matter after their purpose has been expensed. It’s impossible to ever expect Hollywood to stop using characters to move plots. However, writing human beings isn’t.
by Lilian Uzokwe