In These Uncertain Times: A Reflection of Chris Marsol 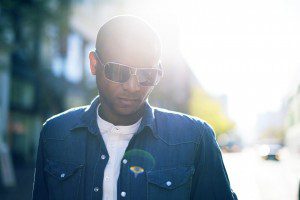 As a journalist and a personality I can testify that living “the lifestyle” it isn’t always what it appears to be. Â There are times when my image of a celebrity was much nicer than that of the actual person. Â So at times when you know you are going to meet a celebrity you hold your breath and hope for the best.
Well none of that could be farther from the truth when you have a chance to meet actor, singer, songwriter (or as I would like to call him; consummate person) Chris Marsol.
Bronze Magazine caught up with Chris to find out who this relatively new face is and to hear his new EP project, In These Uncertain Times.Â  The first thing you notice about Chris when he speaks to you is how quietly spoken yet loud with conviction his voice and his presence is. Â Maybe it’s because for the last few years especially while writing the songs for his album In These Uncertain Times he was not only on a journey to find himself, but to also find his voice and his sound. Or maybe Â the recent transformations in his life like the loss of his father and his team (that was paving the way for his professional career) created an open path, a new walkway that forced him to find himself, his voice and his sound. Â I think Chris explained it best when he told me, “During those times I was finding out more of who I wasn’t than who I really was; so when I started to find out who I was I had a starting point because I already knew who I didn’t want to be.”
Â 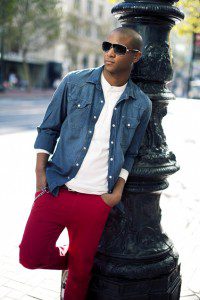 We all know that in life there comes a time when maturity kicks in and takes over. It’s not to say that Chris was young minded, but when his dad passed he began to quantify the quality of his life by evaluating what was relative and what was insignificant. Like many creative people (especially musicians) Chris found solace in his music. At the time, In these Uncertain Times was not even a thought or a goal. Instead Chris was writing just to write. He best explained his mindset with an analogy that paints a picture all women can understand- “Music is like writing in a diary. You do it because you have to get it out of you.” Â He went on to explain that when he gets an inspiration- that certain melody or lyric in his head, then everything else stops. His concentration is almost gone because he really can’t focus on anything else until he gets out what’s looping inside of his head. As a writer I would use the world as my release. For Chris Marsol, his creative talents are his release, his expression of himself. Music is his form of reflection for himself and anyone who listens to his music. To hear, feel and relate to his music is to relate to the inner most core of his being. In our conversation he agreed and commented that his music is from his experiences, his trials and tribulations, his turmoil, his happiness and his relationships. He went on to say, “In These Uncertain Times was the first project I did all by myself. Â I wrote all of the music. I played all of the instruments. Â I wrote all of the lyrics; but this was the first project I wrote without having a goal in how I wanted the direction or vision of the album to be. I just wrote songs to write songs. Whatever inspired me at the time came out of me. Â I challenged myself to be open and vulnerable. To let whatever was inside of me come out without thinking about it; without someone giving me direction and telling me to do something that sounds like this or that. My EP project came about because I took 8 of my favorite songs out of about 60 that I wrote at that time and made the EP. Â I wasn’t thinking about an EP at the time, but when I would play my songs for my friends, family and people in my social circles they would all tell me to release the songs commercially. Â So I did!”
Â 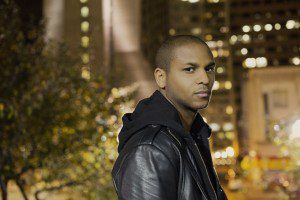 You would think picking 8 songs and only having yourself as the critic would make the job harder because you are judging yourself. Â However for Chris it was the exact opposite. He said this, “Doing this project was easier because I didn’t have a goal or a set direction. Instead I just wrote to write and it enabled me as a person to be more connected to my music.” Â Just recently he did a live performance of his songs from his new EP and he said it was the most exhilarating experience he has had with his music because with every note and every word he knew the root and emotion that was attached to them, and that knowledge/connection enabled him to express it with a purity he has never felt before. He went on to say that his performance was probably one o f the best shows he’s done and will be doing because of his personal connection to this project.
As a music lover I don’t like putting music into categorical boxes but if I had to put In These Uncertain Times in a box I would define it as alternative rock with a twist of pop and soul. Â You can hear Chris’ influences such as Prince (Raspberry Beret era), Stevie Wonder (lyrically) Nirvana and Radiohead (esthetically and vocally). Â As a writer, the one word I would definitely associate with his project is original. Â Just like the person. That conclusion is not only based on his music but also his relationship with his music; its so organic. I asked Chris to define or tell me the meaning of some of his songs. He respectfully declined. He told me that he doesn’t like to define his music or direct his listeners to a specific meaning for any of his songs. Instead he’d rather his listeners define his music for themselves. He explained that when his listeners make a connection based on their own experience instead of his, they feel his music the same way he does; personally. Maybe that is why his fans and listeners get emotionally attached to his music; because whatever they are feeling comes from within them. Now that’s original!
Our conversation continued for about another half hour. Â As I began to tell him songs from the project that I enjoyed such as Sparrow Survive (which I felt was a song dedicated to his journey to find himself) and Rise Up (his anthem because every super hero needs theme music) I began to understand and actually experience his theory on why he doesn’t explain his music. As I closed the conversation I asked Chris two last questions. The first question had to do with what it takes most to “make it” in the industry. Is it moxie, talent, artistic range, relentless hustle or the ever so elusive X factor? Ironically Chris felt the two most important things he needs and focuses on is talent and the X factor. He said that whatever art form he is expressing whether it’s acting or music he goes “all in.” He doesn’t think about what he is doing, instead he allows himself to be vulnerable to whatever or wherever that moment takes him. He allows it all to come from his innermost self, his soul. He went on to say that with his art he likes to take chances. He likes to express his masculinity with vulnerability and to defy all of the present standards and stereotypes Â to ultimately depict a sense of originality within conformity. Â WOW! Â As if that wasn’t enough to give you insight on this rising star my final question was, of the many lessons you have learned, what do you feel you should share with others to help them grow and move forward in their careers? His reply was simple, soft spoken yet loud with conviction. He said, “Â Let your inspiration come from life not art. Know that no matter what you are going thru in life you can get thru it. Most importantly understand that even though you may feel like are alone you are not. There are tons of people everyday that are going thru the same thing you are. Maybe with different circumstances but the struggle is the same. So because of that know that you are never alone and that you are not the only one.” Â 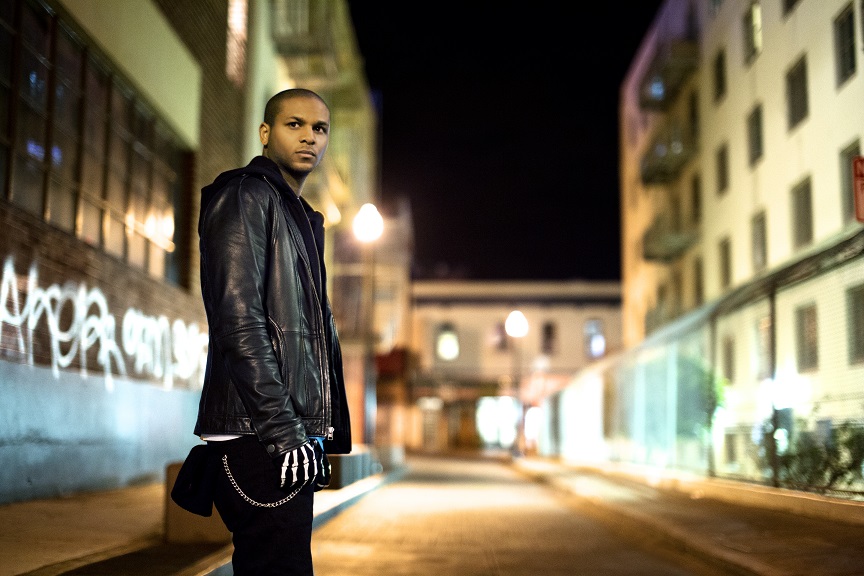 Â
I guess that is why I told him Rise Up is his anthem Â Even though Chris Marsol’s new EP is entitled In These Uncertain Times there is no uncertainty with his future. Although he knows he can’t change the world it’s clear to see his aspiration is to impact the world and to leave a legacy that continues to inspire long after he’s gone. You can catch Chris performing live in the Bay Area and across the world soon. He plans on releasing a full album in 2014. Â As for acting, he is waiting for October 18th which will be the debut of his first feature film I’m In Love with a Church GirlÂ  starring JaRule and Stephen Baldwin (just to name a few from the cast).Â  You can get a copy of Chris’ new EP everywhere including his website: www.chrismarsol.com. Â Be sure to like him on facebook and follow him on twitter to be certain what he’s doing… In These Uncertain Times