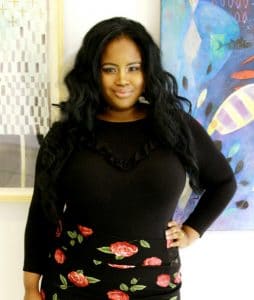 Young entrepreneurs are perhaps the best example of what exploring talents and creativity at a young age can do. Calynn M. Lawrence is among those talented and hardworking young people who have made their name in the creative industry. At only 22, she has to her name seven awards in the publishing industry, and is an active fashion and entertainment blogger, editor, and publicist. Having started early herself, Calynn M. Lawrence is now actively involved in bringing to light under-represented and new faces in the creative arts industry. Following the success of her initiative, “The Fresh Faces Project,” Calynn has now taken on a new project of producing and directing a reality series, “Chicago Talent,” which will showcase the life and work of artists and entrepreneurs in the state of Illinois, USA.

A conversation about life and projects:

Tell us about your upcoming TV series, Chicago Talent. How was it conceptualized?

Chicago Talent was conceptualized when I realized the success of “The Fresh Faces Project” documentary that had gained over 30,000 views in the first month. When I was presented with the idea of a reality show on my life, I quickly flipped that idea and decided to create one about the artists and entrepreneurs in Chicago.

What went into the making of Chicago Talent? How were you able to find the cast and the production team for it?

I had to do a lot of social media scouting and online ads looking for cast. After weeks of scouring social media and reading innumerable email applications, I was able to narrow the cast down to one that was diversified in race, gender, age, and profession. Most of the team thankfully is the same team I have been working with for a while.

Tell us about your cast? Are they people you already knew, had worked with? What is the dynamic of the cast with you and each other?

They are an AMAZING group of people! They really are. Some I had already worked with and others I hadn’t. But when we are all together, it is nothing short of awesome. We all get along very well and I hope to continue working with them beyond this.

Chicago Talent being highly localized, do you have plans to widen this particular project of yours to include other areas, or possibly internationally?

Maybe, but the whole purpose is to give exposure and spotlight to ones who are underrated. So, if we did expand, it more than likely would be to other cities that get put on the back burner. I am certainly open to the idea in the future!

Having achieved so much at such a young age, do you feel like you have it all? What are some of the projects/topics you would like to work upon in the future?

Thank you. No, I certainly do not feel like I even have half of what I could accomplish, to be honest. I will always be striving to reach more people and make a difference. One thing I definitely want to do is eventually open a brick and mortar building for “The Fresh Faces Project,” perhaps a school. But, that’s easily 5-10 years down the line. 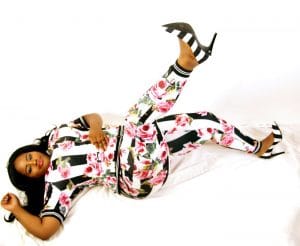 You’ve said that love is your weakness. What would you say are your strengths?

Yes, it definitely is. My strengths are people. I do very well in social settings and connecting with others. I also thrive in the creative sector. I actually work best under pressure. Also, I do well with making decisions. I think that’s kind of mandatory, though, when you’re on a mission.

Having dealt with heartbreak early in your life, how would say that has changed you and helped you grow?

I think that having had a few serious romances go sour-very sour-at young ages gave me an incomparable vigor and motivation to outdo and outgrow those men. It’s almost as if I’m reborn every time I go through a major heartbreak and from the ashes of my tears and pain comes fire that sets my soul ablaze and empowers me to rise to be even greater than I was before. Kind of like a Phoenix, I guess.

Is there a possible new romantic interest in your life at the moment?

Yes, there is. He’s a great man and I am interested to see where this leads. I see so much good in him and I know that he could one day be even more.

For all the ladies who feel that romantic relationships are the beginning and the end of the world, what would your advice be?

I say that you have to learn that your life will go on after these men. I’ve had many deep loves go wrong and yet, I’m still here. And, I’m doing better than all of them, to keep it real with you. So, I think you just need to come to that epiphany that “I am strong, beautiful, amazing with or without him. So, if it ends, I will grieve because I’m human, but I’ll bounce back because I’m a boss.” 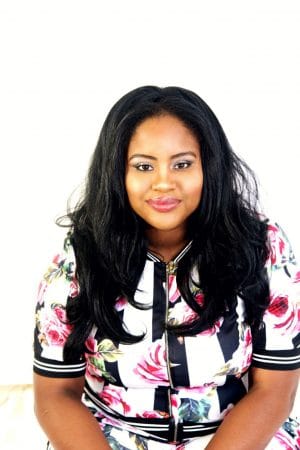 You’ve talked about battling with depression while in college. How did you manage to balance your mental health and your work?

I’ve actually battled with clinical depression since I was 13 years old. But one thing that has always helped me is throwing myself into my work, my passions and always finding a way to incorporate others and make a difference. This is true even to this day. Knowing that I can brighten someone’s day by helping their career means more to me than any amount of money I could make in a more selfish field. I think my soul feeds on the happiness I bring to others.

When did the idea of Fresh Faces Project first start budding?

Probably when I was about 17. I had toyed around with the idea for months before I finally just launched it at 18 years old in 2014.

If you weren’t in the business/fashion industry, what do you think you would be doing instead?

I would run a shelter or group home for youths who come from a broken past. I have a passion for youths and I would love to work in that field to be able to see them progress and find things they enjoy and are passionate about. I feel like having a sense of purpose is the key to the majority of people’s joy. I would want to give that to them.

How did you scout the talents for your Fresh Faces Project?

Social media. If I came across them and liked their page, I’d email them! Many times, they’d come to me.

Tell us about your experience with hosting cable television.

I was blessed enough to host the cable TV show for Africa International House under the supervision of the producer, Felicia Apprey. Shout out to her for giving me that opportunity. It gave me an awesome experience in front of the camera, gave me some irreplaceable connections, as well as taught me some valuable things that I apply even to this day when producing my reality show.

What are you expectations from Chicago Talent?

Hopefully, just to be able to say we really pulled this thing off successfully! We want satisfied viewers more than a plethora of viewers. So, even if views are low we just hope they enjoy it!