Women are now flocking to their nearest shoe stores not necessarily for the newest heel out but now for a more masculine style of shoe. This is according to the Business of Fashion that noted a boost in sales at the shoe department at many highbrow stores that were previously declining with shoes sales this year before toting more of an abundance of gender neutral shoes or men inspired with a feminine twist. Â Adding menswear inspired shoes to their line up allowed for a variety that clearly women are interested in seeing. Smoking Slipper, Brogues, The Hugh Hefner, The Oxford, The Driving Shoe, and many other assortments are peaking the interests of female shoppers and are increasing what was lacking shoe sales at department stores including Neiman Marcus and Barney’s. “Incorporating men’s styles helps women’s luxury shoe designers drive sales by broadening out their narrow collections, said Roseanne Morrison, fashion director at trend forecaster Doneger Group in New York.” Morrison also notes that menswear inspired shoes help drives sales to the way they can be repurchased multiple times versus being a “one occasion type of shoe” like some heels render themselves as being. “How many designer shoes with six-inch spikes does a store sell to a customer?” Morrison said. “Maybe one a season. The girl usually picks out that one shoe that she wants to wear with a special dress. When you have a wider range of shoes, it opens a wider opportunity for multiple sales.” I myself am a fan of this “trend” and not only are the shoes pretty comfy but wearing them can still dress up a look and make a statement. This sentiment was shared by a customer named Christy McCampbell, a 60-year-old law-enforcement consultant in Washington that was interviewed by BoF when she stated “I love that kind of gender-bender look. You are not teetering in stiletto heels and yet you still look good.” You heard the woman! If you’re feeling daring, give menswear inspired shoes a try. It might add something interesting to your wardrobe for the new year. 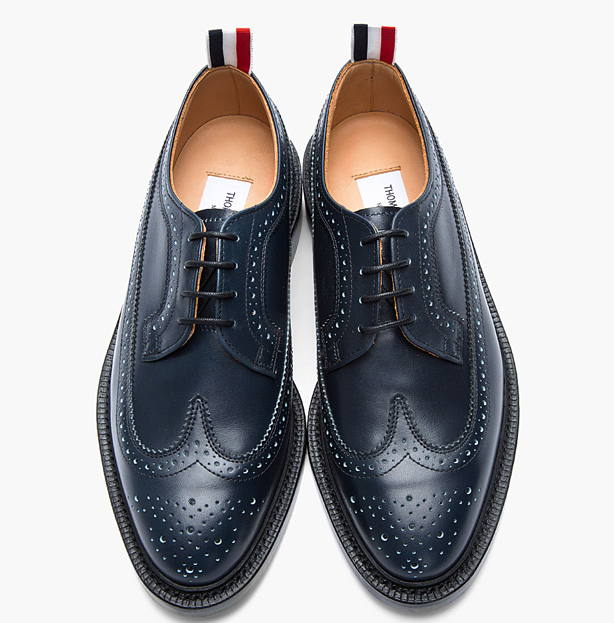