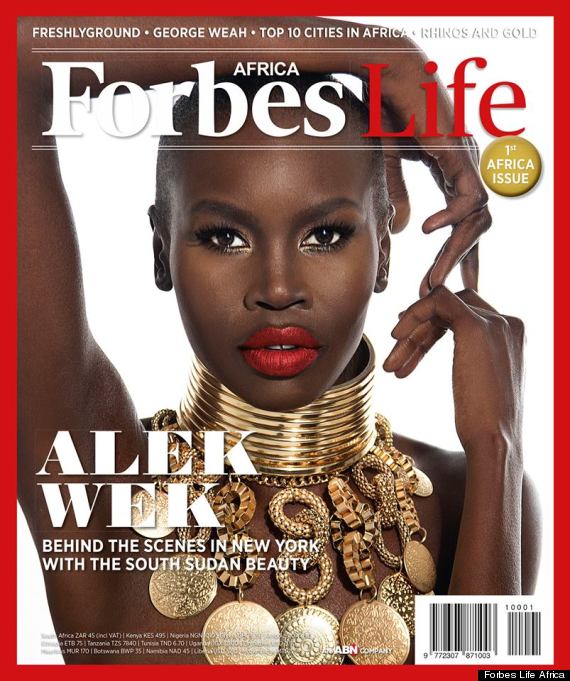 36 year old international supermodel Alek Wek has been chosen to grace the cover of the first issue of Forbes new magazine, Forbes Life Africa. This comes at the heels of the original Forbes Africa’s two year anniversary in October and the huge successes that were garnered since the debut. Through these successes, Forbes decided upon the debut of two more magazines, Forbes Woman Africa and Forbes Life Africa, dedicated to sharing the achievements of Africa in the corporate world, with hopes that Forbes Woman Africa will become the leading magazine pertaining to business and corporate triumph for women of the continent. The Huffington Post had a chance to speak with Alek Wek about this exciting opportunity to be chosen to pose for the first issue sharing the happiness she feels to be able to contribute in the celebration of African cultures and African success. “I am very humbled and very excited at the same time, especially for the younger next generation, to just how far we’ve come as a continent and how much history … and just the richness in general. And if I can contribute to that rebuilding, or celebrating all of the wonderful richness of the continent, I’m just really thrilled and more than happy to be a part of such an incredible moment.” Watch the behind the scenes cover shoot for Forbes Life Africa with Wek below!