Finding the Formula for Success 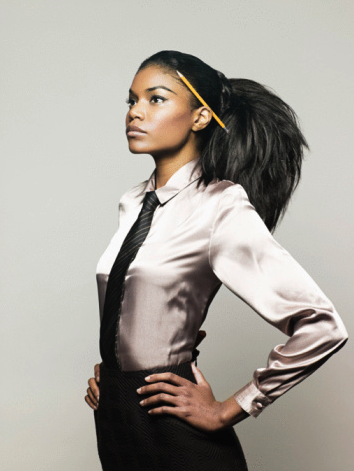 From an early age, many of us are taught that there is a formula for success; a carefully measured plan that enables us to win at the game of life. Those who follow the formula are the winners. Those who don’t?Â  Well, those are the losers.Â  And as children/young adults, we are taught what it means to win. We are taught to get the best grades, attend the right college, obtain the right degree, and follow the right career path.Â  Of course, we are told that we can be whatever we want to be, but the goal is always to succeed. And we learn that success is primarily measured by how well we are doing compared to others; and so the size of our paycheck, our office, our cars, and our home becomes the gauge for determining how far ahead we are in the race.

Having worked for many years to be a winner, I am proud to say that I am no longer on the road to success.Â  Not because I have reached the highest heights in my career.Â  And not because I see myself as a loser and chose to give up.Â  At a certain point, I stopped and asked myself, “Why?” Because I asked that one simple question, I was finally able to see life clearly.Â  I no longer see through the lens of “what it takes to make it.”Â  What I now see is something that I wish someone had shared with me many years ago: “making it” is a story.Â  And not only is it a story, it’s a bad one at that.

Many of us invest so much time in the pursuit of “making it” that we fail to stop and think about exactly what it is that we are going after.Â  All we know is that we are supposed to want it, and we just assume that once we finally get it, we will be good.Â  But some of us wake up one day and wonder what happened.Â  We wonder why we are not satisfied with the life we have worked so hard to build for ourselves. Â And then we realize that it really isn’t our life.Â  We realize that it is the life that we were led to believe that we should want.

Just like everyone else, I could very easily justify and rationalize every choice that I’ve made.Â  After all, I learned very early on that there is a “right” way to do things and I made choices that I believed were the best for me according to those standards. Â But at a certain point, like so many others, I began to feel disempowered and defeated. Â Â I realized that I had not really been calling the shots in my own life.Â  I had allowed my parents, teachers, and mentors to be in control.Â  None of them meant harm, I know.Â  They had only passed along the formula that they had been given-a formula that didn’t include personal satisfaction or fulfillment. I suppose that we somehow believe that those things will automatically show up. And while we are all familiar with clichÃ©s like, “Success is nothing without someone to share it with” or “Money can’t buy happiness”, they mostly fall on deaf ears.Â  We choose to believe that the casualties of success are a result of the misapplication of the formula and a failure to seek balance.Â  But that won’t happen to us.Â  We will be the ones to get it right.

Yes, it is true that some of us have been rewarded for our diligence in using the formula.Â  Our names can be found on that sign on the door.Â  We might have the money, the car, the house, and maybe even the “perfect on paper” husband. Â But for far too many of us, there is something missing.Â  We don’t feel the sense of joy and peace, and wellâ€¦.happiness that we always thought we would have once we achieved all that we thought that we should.

Once I was broken open, I finally learned that the true formula for success is having the ability to recognize the special and unique gifts that come from our own souls; nurturing those gifts, and having the courage to share those gifts with the world.Â  I now know that true success is measured by who we BE, not by what we have and certainly not by what we do; unless what we choose to do is done with joy.