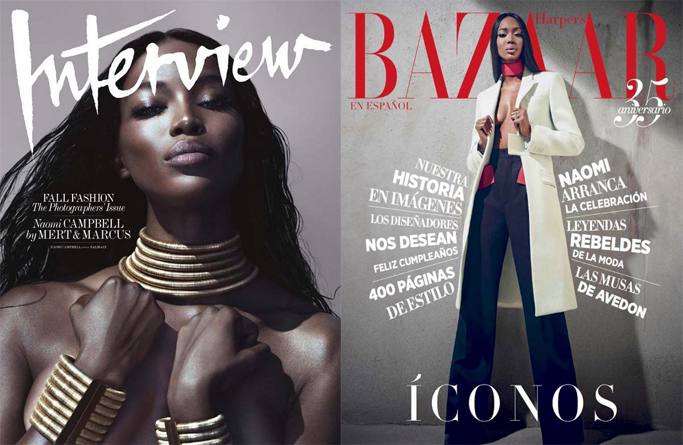 It’s not surprising that Naomi Campbell is still very much high in demand in the fashion industry. After recently gracing the June cover of Harper’s Bazaar Vietnam, and being featured in the May issue of Vogue Australia as well as the August issue of W Magazine, the busy supermodel will now be gracing the covers of two other popular international magazines: Harper’s Bazaar Mexico and Latin America and Interview Magazine. In the latter, Interview Magazine, Naomi was one of 6 celeb beauties chosen (other beauties include Nicole Kidman, Kiera Knightley, Amber Valetta, LÃ©a Seydoux, and Daria Werbowy) as muses by various photographers (Naomi was selected by Mert Alas and Marcus Piggott) to be featured on one of six different covers for the magazine’s special Fall Fashion-The Photographer Issue which launches on September 2nd. Here’s a small peek at what’s inside each… 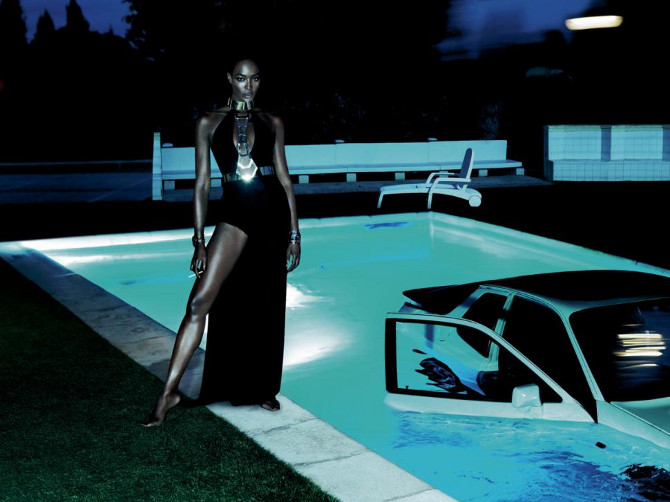 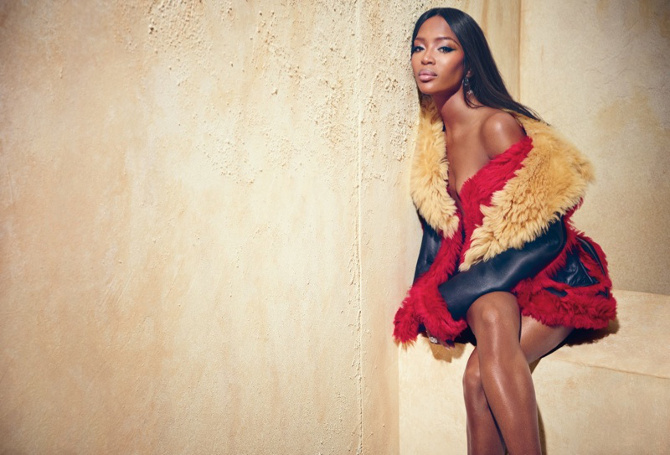