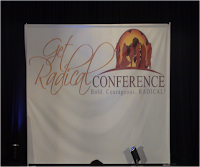 I attended Doreen Rainey’s Get Radical Women’s Conference in Washington D.C. on 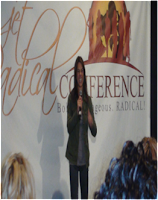 Saturday, March 26, 2011. The conference was well attended by hundreds of women. A few of the featured speakers included Deborah Owens, Jillian Michaels, and Neicy Nash.  Doreen Rainey also blessed the audience with knowledge and finesse. Women travel from near and afar to attend the 3rd annual event. Jillian Michaels noted during her speech that the conference grew from 50 people the first year to hundreds three years later.  Registration for the 4th annual conference is slated to open on August 1, 2012 according to the brochure but I believe it opens on August 1, 2011 for the 2012 conference. Women will be lining up in advance to get their tickets. There were many repeat attendees from year one, to year 2, to year three.  Dr. Dorsey posed the question to Jillian Michaels, with her success “How did she grow to TRUST people around her?” Jillian Michaels simply said, “You watch, give one a chance, and you state your needs, once, twice, maybe three times; after that FIRE THEM!” She has fired a many of lawyers and team of individuals for not keeping her best interests and needs first. Well stated Jillian Michaels. 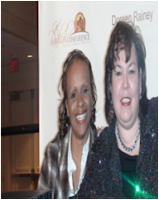 Later that evening, I had the pleasure of attending the Declarations and Desserts Award Program for the 2011 Radical Woman of the Year Award.  There were three FINALISTS who were Beth Caldwell, Suzy Brown, and Dr. Tekemia Dorsey. Suzy Brown was not able to attend due to the health of her father that is 93 years old, Doreen Rainey explained. We pray for Suzy Brown and the health of her father in her absence. Other nominees took the stage to tell a little about themselves and what being nominated has meant to them.

Beth Caldwell kicked off the speaking of the FINALISTS discussing the impact of divorce,   the challenge  her youngest son had experienced over the last 17 years dealing with a medical condition that did not allow him to attend regular school. Beth discussed the fact that daycare providers did not want to take a risk caring for him during his earlier years. Beth is a proud mother of two young men, one in college and the other headed to college. Beth is the head of the largest organization for women in Pennsylvania providing speakers and resources for them monthly. Beth is proud of what she has been able to accomplish despite the challenges faced being a single mom and entrepreneur. Beth has done great work in Pennsylvania.

Dr. Tekemia Dorsey ended the speaking engagements of the FINALISTS discussing the challenges she had and continues to overcome as a single mom, entrepreneur, and the work she is doing in the community through her 2011 Youth Empowerment RETREAT.  Dr. Dorsey discussed how what she was going through financially, personally, and professionally she did not allow it to hinder what the “HOLY SPIRIT” was instructing her to do.  Dr. Dorsey openly discussed being a by-product of welfare, unemployment, and medical assistance and not be ashamed of it. Dr. Dorsey wanted the audience to know that having a “Doctoral degree” does not omit a person from going through struggles. Dr. Dorsey says “I put my shoes and clothes on the same way you do!” Don’t be ashamed of acknowledging what you are going through; use it as a way, a means to BE RADICAL, Dr. Dorsey’s says. “Continue to think outside the box and don’t take NO for an answer.” Where the world puts a period, SPIRIT places a comma.
Beth Caldwell, deservingly so was announced as the “2011 Radical Woman of the Year Award!” What an honor this is for every woman including the FINALISTS, says Dr. Dorsey. Afterwards, women approached Dr. Dorsey identifying with the story shared. Dr. Dorsey just want people to know, we are ALL going through the same thing just on different levels but it is what we do with the situation that separate us from the rest. “Don’t Be Ashamed, GET RADICAL & BE RADICAL”, Dr. Dorsey says!
For all of the parents out there with children or without, that have businesses, in the process of opening a business, or striving to grow your business, “Don’t Be Ashamed, GET RADICAL!” Use what you are going through or have gone through as a crutch to push forward. You are the catalyst to your SUCCESS or FAILURE! Review your strengths and revise your challenges. You heard it here first, “DON’T” BE ASHAMED, GET RADICAL!”
Blessings’

Did you enjoy this article? Please take a moment to complete our brief survey at http://www.zoomerang.com/Survey/WEB22C2ZT5QFQQ/