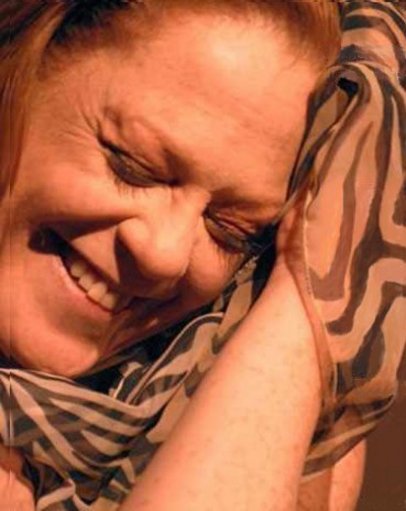 Denise Flemming is a Chicago, lL native. She began her training at Hull House TheatreÂ on the north side of Chicago. After completing her B.A. at Spelman College, Atlanta,Â Ms. Flemming created WINTERKILL for her Master Fine Arts degree from the UniversityÂ Â of Southern California. WINTERKILL has been performed at The Soho Playhouse, The Â Museum of The City of New York, Producers Club, Dwyer Cultural Center. Also, HarlemÂ Hospital, Center for GLBT, La Guardia Performing Arts Center.Â  In addition at LadyfestÂ South, Atlanta, Georgia: Exit Theatre, San Francisco: Minnesota Fringe, Minneapolis.

Ms. Flemming writes and performs about those issues that “BOTHER” her. She admitsÂ “the role of a performing artist is to give an audience a reflection of where we are inÂ society. I give you a chance to look at “ourselves” so you as the audience can getÂ a good look at where we are in humanity, so that the audience can arrive at their ownÂ Â truthfulness.

DIANA & KELLEY: How did you begin to write “Winterkill”?

DENISE: While in Spellman College IÂ  read a newspaper article about a boy who came from a seemingly close knit family and one day came home and killed his entire family and then himself. I wanted to know what the turmoil was in his mind. IÂ  went to California and saw a house where a little girl sat on the front step greeting men as they walked in to the building which turned out to be a house of prostitution. IÂ  went in and developed friendships with the prostitutes and they shared life stories with me. I alsoÂ  noticed that stories of abuse were prevalent among them.

DIANA & KELLEY: How is it relevant in modern society?

DENISE: IÂ  thought IÂ  was taking artistic license. The topic of the boy who IÂ  read about in the news seems to be the norm in the media. There are so many people under stress because of jobs, insurance, blended familiesâ€¦

DIANA & KELLEY: What is the meaning of WINTERKILL?

DENISE: The height of hunting season for young fawn (highly priced). Abuse is a form of power, when you kill someone/something with a loaded gun you have power.

DIANA & KELLEY: While researching for this interview, I read this story is so unlike you were raised, how so?

DENISE: IÂ  was raised in a family similar to the Huxtables of the Cosby show. Perfect outward life is not necessarily the reality of children. Children are exposed to adult emotions and experiences and I wonder what it does to the child.

The challenge is in telling the truth. The abuser is in a position of power. It bothers me that children are placed in a powerless position. For example when a mother leaves her children in the care of a boyfriend and emotions and violence may arise. Death or sexual abuse may also arise for that child.

BRONZEMAGONLINE: What is your hope for this piece?
DENISE: The audience may experience pain. People leave during the play. I hope the audience will feel and learn about the cycle of abuse and how to stop it. Stories of abuse fill the news, such as the Penn State case. IÂ want to employ people to watch the show. “It’s like watching a pad of butter in a microwave” the way the woman’s life disintegrates. “What I do is for the children. In today’s world we have to have a voice for the children.”

DIANA & KELLEY: What is the next topic that “BOTHER’S” you?

DENISE: No shades of grey. “How much years of your life would you give up to do the one thing you truly want to do.” It’s about a woman who wants to pursue arts but doesn’t believe she can because of her physical make up.

“My desire is to go anywhere to share the message of Winterkill; I would go to the middle of the desert.”