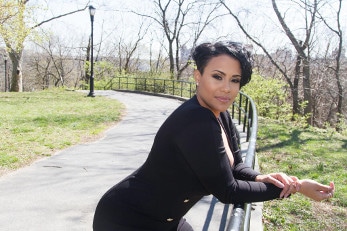 Promoting content for the advancement of African and Latino cultures is what the Black Latina Movement strives for. And they do just that by providing artists from different backgrounds the opportunity to create, write, produce, and perform.

The Black Latina Movement is a vibrant film and production company based in NYC. The movement was launchedÂ  in 2008 by Crystal Roman, a writer and producer of several critically acclaimed shows. In an interview with Crystal discusses issues women in the black Latina community face and how those issues are also prevalent in the entertainment industry.

What are some of the issues black Latina women face in the entertainment industry?

Space for women that represent both worlds. Finding women who look like them in all genres and being able to relate to them physically.

What do you hope to achieve through the Black Latina Movement?

Through the black Latina Movement we want to change the narrative. Also, to make it easier for black Latinas to find a role without having to pick between a Latina or black character. Even though there has not been enough diversity, people are starting to want more. There is a supply and demand.

Amara La Negra mentioned on the Breakfast Club that she was told she had a special look, meaning she was “too black” after auditioning for a Latin soap opera. Do you think shows and films only cast Afro-latinas with a certain look?

When it comes to colorism, the black and Latino community experiences similar issues, the only difference is our culture and language. However, the issues in the Latino community are still severe, there are still people bleaching their skin. Our job is to educate others. When they see people like them in the media, then they no longer want to attain something else, they want to attain something like them. Having representation in both Latin and black communities is important. It doesn’t have to be one or the other.

When you launched The Black Latina Movement, LLC (BLM) what impact did that have on your mission? What types of challenges did you face?

BLM totally changed my mission. I was an actress at the time and that was all I was doing in the industry. I was not thinking of becoming a producer or director. Once I realized I wanted a deeper purpose, BLM came into existence. It was extremely challenging 10 years ago to have the discussion we are having more freely now as black Latinas.

With several critically acclaimed shows under your belt, how do you manage the multiple hats you wear as the head Writer, Producer, Director and actress?

Managing the hats has become easier over the years because each hat is worn at different times of the production process. Of course you never truly take a hat off; it does creep up on you, for example, the need to be a writer whether you are in director mode or director in producer mode but it is always important to allow yourself to focus on one thing at a time to not overwhelm yourself within the production.

What are your future goals for The Black Latina Movement and what future projects can you share with us?

Our goals are to continue to expand the projects and take them to the next levels. Take our off-Broadway productions and get them on Broadway as well or get our films to as many festivals as possible. Increase visibility and awareness of the projects and company as a whole. Our newest project is Cecilia The Celibate, a romantic comedy about a black Latina trying to find love in the city minus the sex.