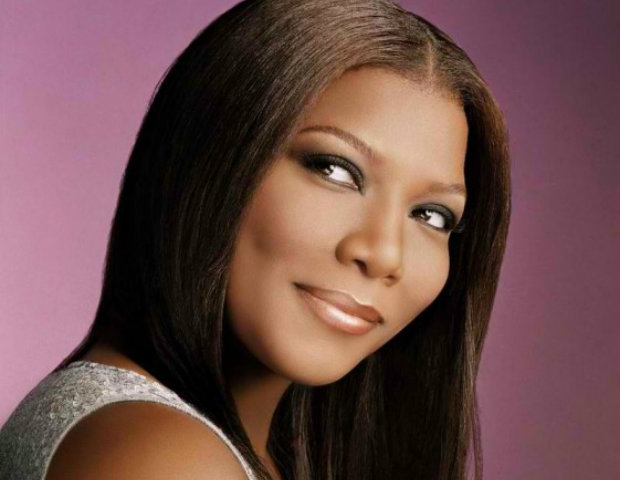 “All Hail the Queen!” Queen Latifah is a Hollywood powerhouse in more ways than one. As a rapper, songwriter, singer, actress, model, television producer, record producer, comedienne, and talk show host, she has quite a diverse resume. She is considered to be one of hip-hop’s pioneer feminists. Born in Newark, New Jersey, she is the daughter of a teacher at Irvington High School (Latifah’s alma mater) and a police officer. Her stage name, Latifah, means “delicate” and “very kind” in Arabic. She got her official start in the industry beat boxing for the hip-hop group Ladies Fresh, and was one of the members of the original version of the Flavor Unit. Her demo recording “Princess of the Posse” got the attention of Tommy Boy Music employee Dante Ross, who signed Latifah and in 1988 issued her first single, “Wrath of My Madness.” Her first album All Hail the Queen was released in 1989. Latifah made her mark in hip-hop rapping about issues of black women. Her songs covered topics ranging from domestic violence to relationship problems.

After releasing a couple more hip-hop albums in the 90’s, Latifah shifted primarily to singing soul music and jazz standards. In 2004, she released the soul/jazz standards The Dana Owens Album. On July 11, 2007, Latifah sang at the Hollywood Bowl in Los Angeles as the headlining act in a live jazz concert. Before a crowd of more than 12,400, she was backed by a 10-piece live orchestra and three backup vocalists, which was billed as the Queen Latifah Orchestra. In 2009, she released the album Persona. “Cue the Rain” was released as the album’s lead single.

From 1993 to 1998, Latifah had a starring role on the comedy sitcom Living Single; she also wrote and performed its theme music. She began her film career in supporting roles in the 1991 and 1992 films House Party 2, Juice and Jungle Fever. The first incarnation of her talk show, The Queen Latifah Show, ran from 1999 to 2001. Although Latifah had previously received some critical acclaim, she gained mainstream success after being cast as Matron “Mama” Morton in the film Chicago. Latifah herself received the nomination for Best Supporting Actress for her role, but lost to co-star Catherine Zeta-Jones. Latifah is one of three hip-hop artists to receive an Academy Award nomination in an acting category. The others are Will Smith and Jamie Foxx.

In 2003, she starred with Steve Martin in the film Bringing Down the House, which was a box office smash. Hilarious movie by the way, if you haven’t seen it already, go out and rent it from Redbox! She also recorded a song “Do Your Thing” for the soundtrack. Since then, she has had both leading and supporting roles in a multitude of films such as: Scary Movie 3, Barbershop 2: Back in Business, Taxi, Kung Faux, Beauty Shop, Hairspray, and Last Holiday. In 2006, Latifah made her voice over debut (she voiced Ellie, a friendly mammoth) in the animated film, Ice Age: The Meltdown and appeared in the drama Stranger Than Fiction. The summer of 2007 brought Latifah triple success in the big-screen version of the Broadway smash hit Hairspray, in which she acted, sang, and danced. In 2007, she brilliantly portrayed an HIV-positive woman in the film Life Support, a role for which she garnered her first Golden Globe Award, Screen Actors Guild Award and an Emmy nomination. Queen Latifah received a star on the Hollywood Walk of Fame on January 4, 2006. Latifah currently is a celebrity spokesperson for CoverGirl cosmetics, Curvation ladies underwear, Pizza Hut and Jenny Craig. She also has her own line of cosmetics for women of color called the CoverGirl Queen Collection, and launched a perfume line called “Queen” and “Queen of Hearts.” Her varied work in music, film, and television has earned her a Golden Globe award, two Screen Actors Guild Awards, two Image Awards, a Grammy Award, six additional Grammy nominations, an Emmy Award nomination and an Academy Award nomination. She also produces the (former Vh1, just picked up by Centric) romantic dramedy Single Ladies. From September 2013- November 2014, she hosted a second incarnation of The Queen Latifah Show.