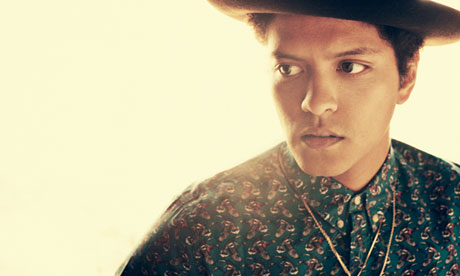 In time for the first Sunday of this football season it has been announced Grammy Award winning R&B artist Bruno Mars is set to perform at the Super Bowl XLVIII Halftime Show according to ESPN. The Super Bowl is expected for February 2nd and will be at MetLife Stadium in New Jersey. It will be a huge opportunity for the already popular singer because of the wide audience that is drawn for the Super Bowl madness including big name advertisers, music fans, football fanatics, and the lovers of those commercial debuts that have become a tradition along with the Super Bowl itself. The official pressÂ statement is expected to be released in the upcoming days.

* Photo of Bruno Mars from theguardian.com