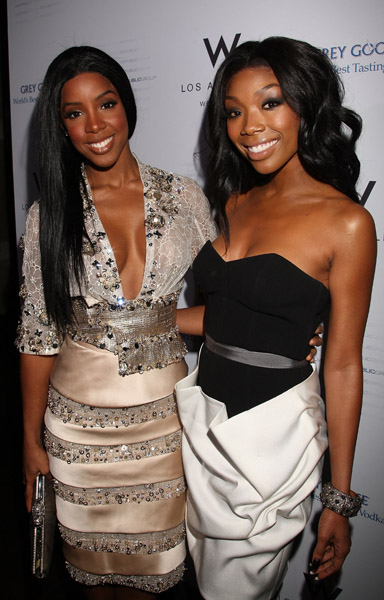 Brandy Norwood and Kelly Rowland will headline two new series on BET. In an ongoing relationship with the network, Brandy is taking center stage again with scripted romantic comedy, “ZoÃ« Moon.” Norwood will be portraying ZoÃ«, a newly divorced single mom trying to juggle dating and a budding career as a cosmetics entrepreneur. Along the way, ZoÃ«’s ex-husband struggles with taking the back seat to her newfound freedom and her precocious 10-year-old son is not exactly thrilled that his mom is dating. Norwood is currently one of the co-star’s of “The Game,” which is in its final season. New mom Rowland is set to host a new singing competition show entitled “Chasing Destiny.” Following the formula of similar platforms, the show will be on the hunt for the next big singing sensation. The catch, you must reach Rowland’s standards of excellence. Coming from multi-platinum selling group Destiny’s Child, followed by a successful solo career and recent stint as a judge on Fox’s “The X Factor,” the contest is definitely not going to be a walk in the park. It sounds like it’s going to be a fun show, but the contestants will have their work cut out for them. The show is also billed as a “multi-platform search” so expect some sort of social media tie-in. Norwood and Rowland’s new shows (and a batch of new reality shows) were some of the projects highlighted during the upfront announcement by BET Networks. The slate was the first schedule under new head of programming Stephen Hill, who took over the reins last December following the departure of Loretha Jones, who had overseen programming for six years. Jones had been instrumental in leading BET to feature more original scripted programming. There is no word on when either show will air.