Birth Control, Finding the Method that best suits you 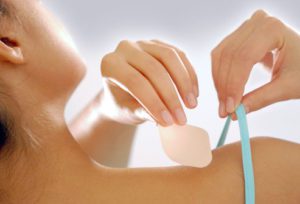 Throughout history, a woman’s right to her autonomy and bodily integrity have often been neglected and ignored. It was not until the women’s movement in the 1960’s that females recognized the value of taking control of their bodies, and in doing so had taken advantage of one main birth control precaution that was available during their time: the pill. Today, birth control options have surpassed the usage of the pill, even though there are some who still prefer it. There are at least 17 forms of contraception being used, and women have their own preference of which method is best for them, or even best for their unborn child.

Lori Lambert, a family nurse practitioner, expressed that her favorite method of birth control is the NuvaRing.

This method involves inserting a ring into the vagina that releases a steady amount of estrogen and progestin throughout the month. Females wear the ring for 3 weeks and then take it out for a week to have their period before inserting a new ring.

Lambert recommended the NuvaRing to her daughter at the age of 18 when she had a boyfriend, and since then her daughter, who is now currently 21, continues to use this method. “Personally I think the NuvaRing is better, especially for the teenager who forgets,” said Gabrielle DeRario.

DeRario told of a recent incident that occurred with her friend over their mid-semester break. She explained that her friend had went home and forgot her birth control pills at school. As a result, she had her period twice in one month. 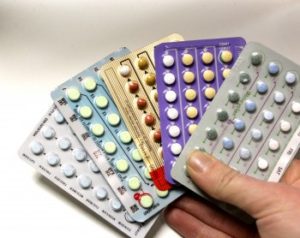 Birth control pills are an oral form of contraception. When taken correctly, it can be up to 99.9% effective; however, it is often discredited by some because it requires individuals to follow a strict schedule. Those who use this method have to take one pill every day at the same time, and this routine may not be appropriate for those who have a busy schedule or those who are forgetful.

“I never took the pills at the right time. I didn’t pay attention. Some females set an alarm, I didn’t,” said Valentina Ballas, 21. Ballas got on the pill when she was 19-years-old. At the time of her using it, she had not been sexually active but had been persuaded by her gynecologist that it would be good for her to start using them now. After about a month, Ballas discontinued using the pill. “I never went back for a refill because I didn’t like them.”

She explained that the pills had taken a negative toll on her body both during and even after she had stopped using them.Â  “When I was taking them for that month, my period lasted for over 2 weeks and pimples grew all over my chestâ€¦even now when I’m off the pill every first day of my period my cramps are really bad. I can’t sleep, I throw upâ€¦it was never like that before the pill.”

Birth control in general consists of a variety of symptoms and those symptoms vary from person to person. Some of the most common side effects include nausea, spotting, mood swings, weight gain headaches, dizziness and breast tenderness. 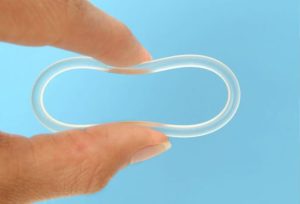 Natwynjai Floyd, now 21, began taking the pill 3 months ago. She attested to experiencing symptoms such as headaches, feeling nauseous, having tender breasts, and even mood swings during the first month. Floyd reasoned that, “Literally everything you take has side effects, so it won’t hurt to be on birth controlâ€¦It’s just your body getting used to the changes.” Some females are not comfortable or cannot adjust to these changes, so they use other methods.

Ballas admitted that the best form of contraception for her was using condoms and the Family Planning app, a period tracker that can be downloaded on any android or apple phone device.

She felt that the app “in itself was a form of birth control because you’re self-aware of your body. You know when you’re ovulating, when you’re fertile, you can log when your intimate, when you get your period, it’s really in depth.”

Of the females interviewed, they all agreed that the most effective methods are often those that, “Deliver a steady amount of hormones without having to worry about replacing it right away.” These include permanent injections or implants.

Despite whatever preference people have for birth control, the effectiveness of any contraception depends on how correctly and sufficiently one uses it.