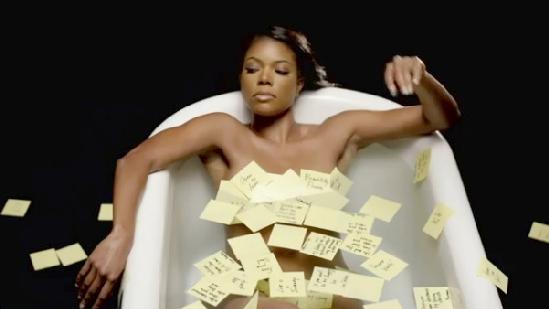 Being Mary Jane has released its official trailer for the TV series earlier in the week. Being Mary Jane was an original TV movie on BET produced by the creators of the hit shows Girlfriends and The Game, starring the beautiful Gabrielle Union as Mary Jane Paul, a successful news anchor balancing the stresses of her home and love life including the hardships of finding true love as well as maintaining her family, whom of which were all jobless. Though the movie/pilot aired in July, the actual hour long series won’t be airing until January. In the trailer dubbed “Drowning in the sea of her own Thoughts” Gabrielle Union as Mary Jane is doing just that. See the trailer below and check out the series when it airs on BET, January 7th 2014.