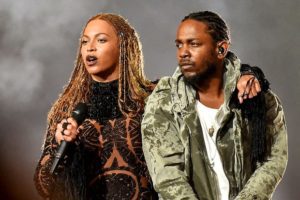 hosted the ceremony for the second year in a row. This year, BeyoncÃ© and Kendrick Lamar opened the show with a performance of â€˜Freedom’ featured on BeyoncÃ©’s recent album, Lemonade.

The BET Awards is an event that not only acknowledges, but celebrates black singers, rappers, actors, athletes, and so on. Other performers included Usher, Alicia Keys, The Roots, Erykah Badu, Jennifer Hudson, and many more.

Shelia E., an artist who worked alongside the late Prince for years, did an 8-minute tribute of his greatest hits in his honor. Erykah Badu, Jennifer Hudson, Stevie Wonder, Maxwell, and Tori Kelly also dedicated their performances to Prince’s legendary career as a pop star and music icon. In total, there were 24 awards given out during the ceremony, 4 of which belonged to BeyoncÃ©.

Samuel L. Jackson took home the Lifetime Achievement award, honored for his decades of extraordinary acting. In reference to Jackson, director Spike Lee named him, “one of the greatest actors on this God’s planet,” and “the hardest working man in show business.”

Video of the Year: BeyoncÃ©

Sportswoman of the Year: Serena Williams

Sportsman of the Year: Stephen Curry