Beauty Beyond the Bronze

As children, we’re susceptible to many things around us: family, friends, television, schools, our neighborhoods; the list goes on. Anything is able to influence our character and perception. Unfortunately, media has done a good job of convincing our society that our darker skin tones, coarse hair texture, and curvy body frames were unattractive.

Think back to your childhood. I remember while growing up in the early 90s, the only televised princesses my friends and I could relate to were Princess Jasmine and Pocahontas, the only bronze-skinned, dark haired Disney characters for the next fifteen years. Unaware that those characters weren’t African American (but instead a cartoon depiction of a middle-eastern and a Native American), their straightened long hair was still an uncomfortable reminder that our hair wasn’t. 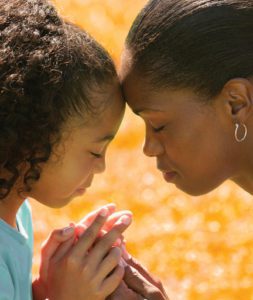 Over the past decade, society has shifted and trends have changed, in which more ethnicities of all shades and diverse hair textures are more acceptable to pop culture. The problem, however, is that those mentalities have not, especially those of young girls. Depression, eating-disorders and many other issues are still prominent amongst women. Many current celebrities that young women idolize have had some form of plastic surgery or hyper-sexualized image. How do we protect children, especially our daughters, from feeling unattractive and unworthy?

We empower them. We can make it our job, as a mother, sister, aunt, friend- as a women in general, to uplift and encourage young women, especially women of color. For generations, we have become accustom to the world around us constantly degrading, mistreating and devaluing women. It’s time to instill thoughts of beauty, integrity, confidence, respect, and positive self-image into young women, from birth. Remind your daughter daily that she is loved, your sister that she is beautiful, your mother that she is strong, your friend that she is successful, and so on. Let’s renounce the stereotypical expectations and, instead, reaffirm our image as queens.