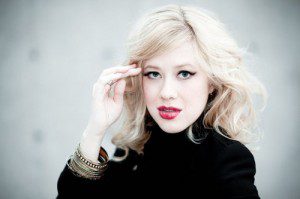 Hollywood,CA (RPRN) 10/23/12 â€” Fashion designer,stylist, and multimedia editor Ayo Shittu has rubbed noses with a series of celebrities such as Vanessa L.Williams, Cindy Crawford, Spike Lee, Angela and Vanessa Simmons, Las Vegas’s “Frank Marino” and even Wendy Williams! Her fashion design work is recognized in Texas and NewYork as an independent wave of influence. Ayo Shittu is an independent designer /stylist who’s name has graced several publications including Vogue Italia online.As a multimedia editor she chats with former American Idol contestant Sarah Sellers about her success and experiences during the Jenifer Lopez and Steven Tyler season of American Idol.

Ayo Shittu: Hello Ms.Sellers, First off I would like to ask you about where you’re from and the city you grow up in?
Sarah Sellers: I grew up in Norman, Oklahoma and moved to Dallas,Texas in 2003.

Ayo Shittu: What was the most grueling aspect about the American Idol auditions?
Sarah Sellers: The most grueling thing about Idol was the waiting. The entire process starts in early summer and the
Hollywood rounds didn’t happen until December. It’s a bit taxing emotionally but definitely worth it.

Ayo Shittu: At what age did you start your musical journey?
Sarah Sellers: I started performing publicly when I was 6 but I’ve been singing for as long as I could remember. I
have early memories of performing at family gatherings as young as 3 and 4 years old.

Ayo Shittu: And was singing always your passion?
Sarah Sellers: I’ve never been more passionate about anything as I am about singing. There was never a doubt in
my mind that this is what I wanted to do with my life.

Ayo Shittu: What was the most valuable thing for you as an artist to gain from participating on American Idol?
Sarah Sellers: American Idol taught me so much about myself. It really became clear in my mind what kind of artist
I want to be and what kind of artist I’m not. That was important to gain that clarity and direction for the type of music I
want to make and how I want to represent myself as an artist. 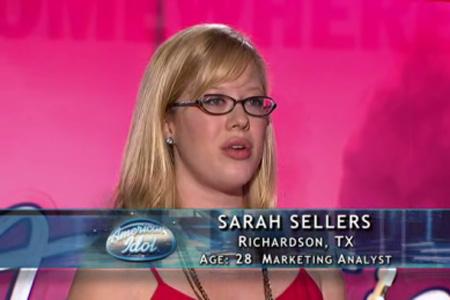 Ayo Shittu: We heard a little bit of your style at the auditions, but who were your musical influences growing up?
Sarah Sellers: I actually grew up listening to old school R&B and gospel music. Whether it was Whitney Houston
or Aretha playing in the house I was always drawn to blues and soul music. When I started writing music as a
teenager I really looked up to Fiona Apple and Sarah McLachlan and now I’m really digging ZZ Ward, Selah Sue,
Kimbraâ€¦I could go on and on. I’m such a lover of music.

Ayo Shittu: Do you have any album releases in route for the near future? Dying to know!!!!!
Sarah Sellers: Yes I’m currently writing songs with two amazing local Dallas musicians/producers, Josh Goode
and Bradley Prakope . I’m hoping to release some new music in early 2013 but right now I’m just taking my time and
writing the best music I can.

Ayo Shittu: I know I’m starting trouble, but who was your favorite American Idol Judge?
Sarah Sellers: It’s hard to pick a favorite when you’re auditioning in front of amazing stars like Jennifer Lopez,
Steven Tyler and Randy Jackson, but I would have to say Steven Tyler. His sincerity and compassion for the
contestants really translated when we were performing.

Ayo Shittu:..We have not yet seen the future criticizm from Mariah Carey or Nicki Minaj, but who was the
strictest American Idol judge from your season?
Sarah Sellers: Surprisingly I would have to say Randy Jackson. After being on the show at that time for 10 years
he’s seen it all, and it was definitely harder to impress him.
Ayo shittu: What are your career goals, as of now for the future?

Sarah Sellers: I just want to keep making music. I’m so in love with performing and creating that I hope I’m blessed
with a long career to keep doing just that.
Ayo Shittu: Where can fans of Sarah Sellers see more of Sarah!

Sarah Sellers: You will definitely see more of me in 2013. Keep an eye out on my YouTube, Twitter and
Facebook pages for show announcements, music releases and much more!!
Ayo Shittu: I know it will be so worth it! Thankyou Sarah, wish you the best of Hollywood and musical endeavours.